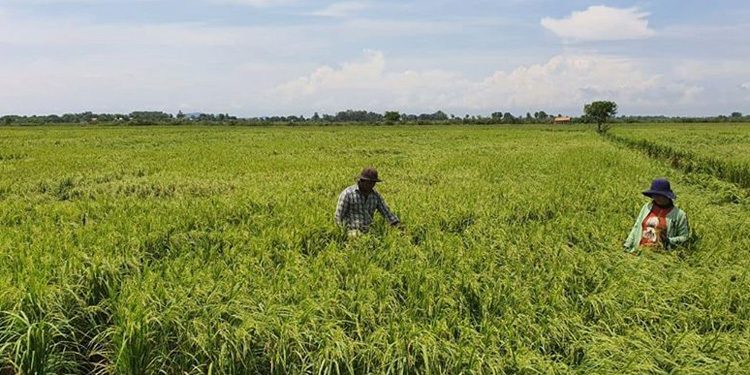 Prey Veng province has been the highest rice-producing province in the country thus far this year, a position usually held by Battambang.

An overall increase in rice production across all provinces bodes well for the Kingdom amid food security concerns caused by the COVID-19 pandemic.

Mr Sakhon said that each day Prey Veng province is capable of exporting about 300-500 tonnes of rice.

He said these figures are nearly matched by Kampot, Takeo and Svay Reang Provinces.

“From May 22 to June 25, Prey Veng exported 72,425 tonnes of rice to Vietnam,” he said.
“The reason behind these large yields is good geographical locations and favourable weather conditions, which has allowed farmers to plant and cultivate rice in every season so far,” he added.