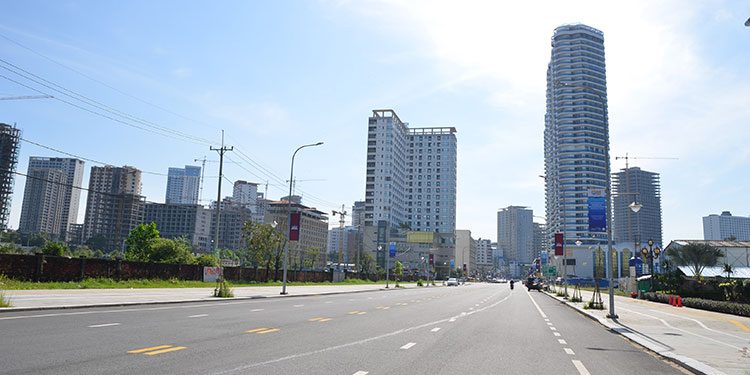 The Ministry of Economy and Finance chaired a virtual meeting with the Urban Planning and Design Institute of Shenzhen (UPDIS) to discuss the master plan for the development of Preah Sihanouk Province as a model, multi-purpose special economic zone.

Minister Delegate to the Prime Minister and Permanent Secretary of the Ministry of Economy and Finance Vongsey Visoth said the meeting examined the progress of the master plan, prepared by the working group of UPDIS, that aims to turn Sihanoukville into a “Model Multi-Purpose Special Economic Zone”, Southeast Asia’s next logistics and resort hub and innovation centre.

Once completed, it will be a vibrant commercial, services and logistics hub in Asean and connect with regional and global production and supply chains, besides being a green city as well.

He said the ambitious master plan could face many challenges in its implementation as it aims to transform this area into a modern city in line with the vision of Cambodia to achieve the status of a high middle-income country by 2030 and high-income country by 2050.

The master plan will serve as a key roadmap to develop the provincial capital Sihanoukville into a “second Shenzhen city”, in line with the implementation of the Industrial Development Policy 2015-2025.

Urban Planning Design Institute of Shenzhen (UPDIS) will take 18 months after signed the contract on October 18, 2021 presided over by finance minister Aun Pornmoniroth, who is also chairman of the inter-ministerial committee tasked with overseeing the province’s transformation.

According to the working group, the development will be divided into four major phases – Phase 1: Data Collection and Site Survey; Phase 2: Assessment and Proposal; Phase 3: Preparation of Master Plan; and Phase 4: Completion of the Master Plan Project.

The government has laid out its vision to transform the province into a model multi-purpose special economic zone and a key economic pole to attract and absorb foreign investment, which could become a new “core engine” for promoting national economic growth, the minister said.

He added that UPDIS would prepare a “high-quality master plan” that “illustrates a development vision and direction for Cambodia that can be implemented in conformity with the political, economic, and social context” of the Kingdom.

The concept note for preparation of the master plan was approved by Prime Minister Hun Sen in 2019 after a joint UPDIS-finance ministry team and the UN Industrial Development Organisation (UNIDO) held three direct meetings and conducted evaluation studies.

According to official provincial data, Preah Sihanouk has attracted nearly $4 billion in investments since 1994. As of May 2020, some 20 companies have developed projects on a cumulative 11,647ha on the province’s beaches and islands, with a total capital investment of $3.9 billion.

To tackle the increasing demand for infrastructure, the government in November 2019 earmarked nearly $200 million to revamp 34 roads.

And the nearly $2 billion Phnom Penh-Sihanoukville Expressway, the first of its kind in the Kingdom is over halfway done, according to Ministry of Public Works and Transport secretary of state Vasim Sorya.

The 190.3km expressway will stretch from Samrong Krom commune in Phnom Penh’s Por Sen Chey district to Sihanoukville’s Commune III. The prime minister broke ground on the road on March 22, 2019.