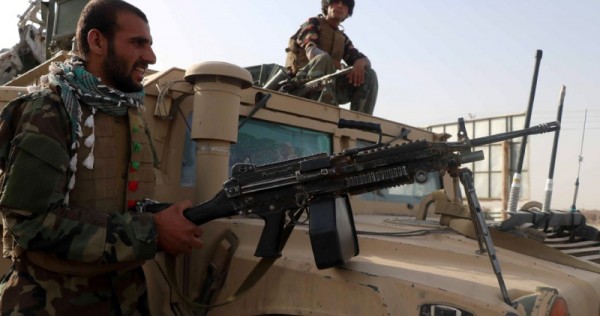 KABUL – A blast tore through a mosque in Afghanistan’s capital on Wednesday evening (May 25), killing at least five people, authorities and hospitals said, the same day deadly explosions hit passenger vehicles in the northern city of Mazar-i-Sharif.

A spokesman for the capital’s commander said at least two people were injured in the blast on a mosque in Kabul. Emergency Hospital said in a tweet that it had received five bodies from the blast and more than a dozen wounded patients.

A Taliban official who spoke on condition of anonymity as he was not authorised to speak with media organizations said explosives had been placed inside the mosque’s pulpit and 14 people were dead, including the mosque’s imam, and that 26 were injured.

Three blasts in northern Balkh province killed at least 15 people and injured 10, according to a health official in Balkh Province. He added that eight of the injured were in critical condition and several had had legs amputated. Mazar-i-Sharif is the provincial capital.

Mohammad Asif Wazeri, a spokesman for Balkh province’s commander, told Reuters that the three blasts targeted members of the Shi’ia community, who are a religious minority in Afghanistan.

It was not immediately clear who was behind the attacks.

Growing violence in recent months has caused security challenges for the Taliban who took over the country in August as foreign forces withdrew. The Islamic State has claimed several attacks, often targeting the Shi’ia minority.