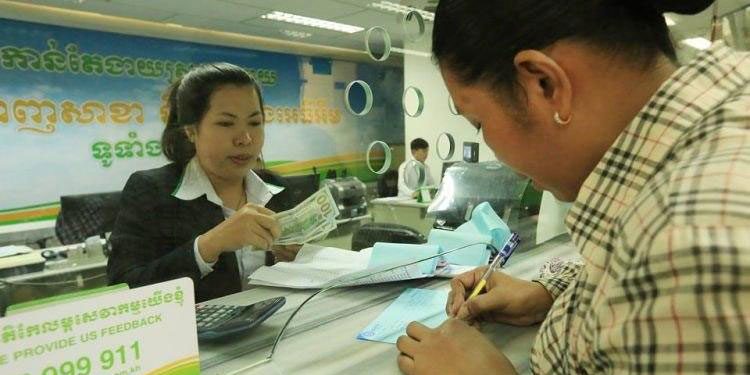 PRASAC Microfinance Institution Plc, the largest microfinance provider in Cambodia, has sought to clarify a media report stating that the institution is in breach of terms on debts amounting to $389 million.

Khmer Times contacted PRASAC’s Executive Vice-President and Chief Marketing Officer Say Sony about the media report and was told that because of the economic effect of the COVID-19 pandemic PRASAC has requested all its lenders to temporarily waive some covenants stipulated in its loan agreement.

In principle, all lenders agreed on our request to waive and they are processing an official approval, he added.

The response was in reply to a Voice of Democracy article published on Tuesday that stated the institution “had been considered as being in default of more than $800 million in liabilities to funders   due to the quality of its assets, according to its interim financial report”.

The media report added, “It [PRASAC] also discloses major difficulties with the micro-lender’s own borrowings – the source of the money that is typically then loaned to Cambodian households.”

However, according to PRASAC the reporter failed to understand the technical aspects, as well as, the terms and conditions of the loan agreements published in the interim report, in turn publishing an incorrect summary.

Mekong Strategic Partners founder Stephen Higgins told Khmer Times that we remain of the view that this is likely a technical default and not reflective of the underlying risk of PRASAC.

“I would put it in the category of “embarrassing” rather than “concerning”. Given the impact of the pandemic, the performance of PRASAC, and in fact the whole financial sector, has actually been very good, he added.

PRASAC’s full and unedited response read: “PRASAC Microfinance Institution Plc is honoured to inform all valued customers and public that on 29 September 2020, we observed that there is a media excerpted from interim condensed PRASAC Financial Statements as at 30 June 2020.

For this circumstance, PRASAC requested the lenders to temporarily waive some covenants stipulated in the loan agreement.

This waiver is a key driver to support PRASAC to help customers to release their burden and recover their businesses from COVID-19 and continues to offer sustainable lending and participates in the economic recovery and development.

So far, PRASAC has received almost 100 percent approval from lenders, there is no single lender rejecting this request or requesting PRASAC to make loan prepayment.”

In January, the National Bank of Cambodia approved South Korea’s KB Kookmin Bank, a subsidiary of KB Financial Group, to purchase a 70 percent stake in PRASAC at a cost of $603.4 million.