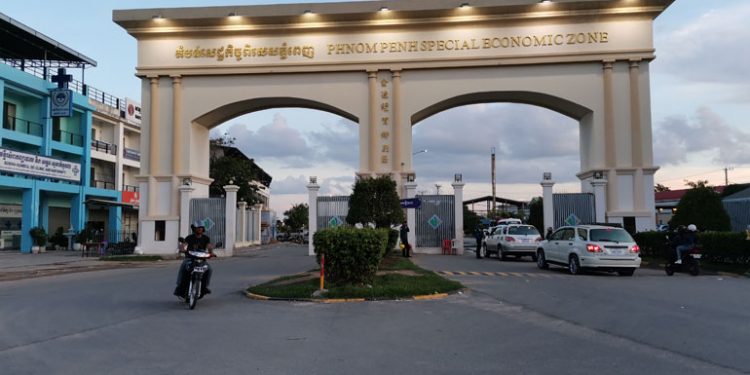 The Cambodia Securities Exchange (CSX)-listed Phnom Penh SEZ Plc (PPSP) has announced that it will have no dividend distribution this year and will also be buying back company shares (at an undisclosed volume and value), according to documents filed to the exchange.

The company will discuss the agenda during its annual general meeting to be held on Oct 28.

PPSP is the developer and operator of Phnom Penh Special Economic Zone (PPSEZ) and Poipet PPSEZ.

According to Cambodian Securities Exchange Chief Operating Officer Ha Jong Weon, as of this year’s second-quarter results, the profitability of PPSP has significantly declined and the company will want to preserve some cash to use in the operation rather than distributing to shareholders.

“The shares buyback indicate the determination of the PPSP to keep the share price under control. We can see the downward trend of PPSP’s shares price during the last financial year and, with shares dropping below the initial public offering price and  currently undervalued, the buyback will increase the value of stocks,” he said.

“Moreover, with low profitability so far this year, the buyback may help PPSP reduce the cost of equity financing resulting from dividend payments next year,” they added.

The report stated that the company’s revenue and after-tax profit was “largely affected by land sales”.