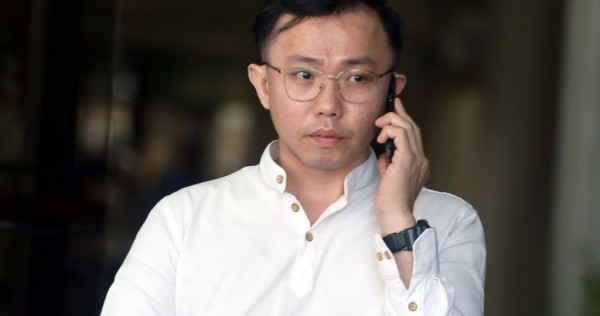 TOKYO/NEW YORK – Dentsu Inc donated more than US$6 million (S$8.1 million) to Tokyo’s successful campaign to host the 2020 Olympics, according to bank records seen by Reuters, and it lobbied members of the International Olympic Committee (IOC) on behalf of the city, according to three people involved in the lobbying.

The activities created a potential conflict of interest for the Japanese advertising company, which had a separate contract with the IOC to market the games.

To assist in its effort, Dentsu endorsed the hiring of a Singaporean consultant by the Tokyo Olympic campaign.

The company’s role is laid out in transcripts of interviews company executives gave to investigators appointed by the Japanese Olympic Committee (JOC) to examine whether there had been any wrongdoing in the course of Tokyo’s campaign.

French prosecutors investigating corruption in global sports suspect that consultant, Tan Tong Han, played a role in bribing Olympic voters for Tokyo in 2013, according to two people familiar with the French probe.

Tan did not respond to requests for comment from Reuters.

However, he was sentenced to one week’s jail by a Singapore court in January last year for giving false information to the Corrupt Practices Investigation Bureau, which was probing the flow of funds in and out of his company, Black Tidings.

The Singapore-based consultancy has also been linked to allegations that the vote to hand the upcoming Olympics in 2020 was rigged.

Until now, Dentsu Inc, part of Dentsu Group Inc, has played down its involvement with the Tokyo campaign.

In answer to questions from Reuters, the company said its employees only provided advice, when asked, on “several experts and consultants in the sports field,” including Tan.

But in the months leading up to the IOC vote to award the Olympics in 2013, Dentsu played a much more active role, according to the three people involved in lobbying and campaign bank records, even as it maintained its longstanding business relationship with the IOC.

That placed it on both sides of a competitive bid, a possible conflict under IOC guidelines

Article 10 of the IOC’s rules of conduct for cities vying to host the games states that its top tier of advertisers and marketing partners “shall refrain from supporting or promoting any of the cities” in order to “preserve the integrity and neutrality” of the bidding process.

The IOC told Reuters last month that Dentsu was not a marketing partner between 2011 and 2013, when Tokyo was bidding to host the 2020 Olympics and therefore not subject to that rule.

However, Kiyoshi Nakamura, a senior Dentsu executive, told JOC investigators in 2016 that his company was an IOC marketing partner at the time of the bid, according to the transcript of his interview seen by Reuters.

The IOC did not respond to questions from Reuters on whether its ethics commission, the body which would make a ruling on any conflict of interest, looked at Dentsu’s activities during Tokyo’s 2020 bid.

Nakamura told Japanese investigators that the IOC had what he called an “adult understanding” of Dentsu’s role in working directly with the Tokyo campaign.

“They (the IOC) told us not to do it publicly,” Nakamura told investigators, according to the transcript of his 2016 interview seen by Reuters and not previously reported.

The previously undisclosed contribution was more than 10per cent of the total that bid sponsors provided. In a statement to Reuters, Dentsu confirmed the payment, but declined to specify the amount.

“We provided a donation in response to a request for support from the bid committee, after an adequate internal corporate process,” Dentsu said in a statement.

It did not say how the money was used.

Dentsu said its staff had provided “advice and information to the bid committee” when requested but had no official consulting role.

The company said its activities during Tokyo’s campaign adhered to the IOC’s rules of conduct and, to its understanding, did not infringe on the rule that prohibited IOC sponsors and marketing partners from supporting or promoting any candidate cities involved in an Olympic bid.

The IOC told Reuters that Dentsu had been “contracted by the IOC to deliver services which were not linked to the candidature of any city.” Winning the Olympics for Tokyo was one of Shinzo Abe’s signature accomplishments as prime minister.

The Tokyo Olympics, originally scheduled to take place this summer, has been delayed to July 2021 because of the pandemic.

Japanese Prime Minister Yoshihide Suga, who succeeded Abe last month, has said he would do “whatever it takes” to host the event next year.

The question of whether bribes were paid to secure the Tokyo games remains a focus for French investigators, who are scrutinising Dentsu’s role, according to a person with knowledge of the probe.

Emmanuelle Fraysse, secretary general of France’s National Financial Prosecutor’s Office, declined to comment on an ongoing investigation. Dentsu said it had not been contacted by French prosecutors.

The IOC declined to comment on whether bribes were paid in relation to Tokyo’s 2020 Olympic campaign.

It said it was co-operating with the French investigation.

Dentsu stood to benefit from an Olympics on its own turf. It played a central role in planning and promoting the Tokyo games and has raised a record US$3 billion-plus in corporate sponsorship for the event, according to the IOC, putting it in a position to collect large commissions on the amounts paid by sponsors.

The investigators hired by the JOC to look into whether any corruption took place in the Tokyo bid found no wrongdoing in a final report made public on Sept 1, 2016.

The records from the JOC probe, including the transcript of interviews, were never given to French prosecutors, people with knowledge of that probe said.

The JOC told Reuters that it was not able to share materials from the investigation with French investigators.

Takeda stepped down from both the IOC and the JOC last year. Takeda’s lawyer, Stephane Bonifassi, said Takeda denied any wrongdoing

Nakamura, who ran Dentsu’s sports business at the time of the campaign, told JOC investigators that Dentsu “knew the most”about IOC members and wanted to assist the Japanese cause.

One of the lobbyists, Haruyuki Takahashi, who was formerly Nakamura’s boss at Dentsu and himself a member of Tokyo’s campaign, told Reuters that Nakamura was in charge of securing the support of Uruguay’s Julio Cesar Maglione, an IOC member and the head of the international swimming federation, and Ukrainian former pole vaulter Sergey Bubka, a senior vice president at the International Association of Athletics Federations (IAAF), the global governing body for track and field.

Maglione said in an e-mail to Reuters that he exercised his responsibilities “without any pressure.”

Bubka said he was not involved in Tokyo’s bid to win the Olympics. “I have always acted correctly and ethically,” he told Reuters.

One of the questions the French are seeking to answer is how the consultant Tan came to work for the Tokyo bid.

Two people familiar with the French probe told Reuters that investigators suspect the US$2.3 million Tokyo’s campaign committee paid Tan was then sent by Tan to Papa Massata Diack, the son of IOC member Lamine Diack, to buy votes for Tokyo.

At the time, Lamine Diack also served as the president of the IAAF, which has since been rebranded as World Athletics.

Papa Massata Diack has denied wrongdoing and told Reuters he was not cooperating with any investigation regarding the Tokyo Olympics.

Simon Ndiaye, a lawyer for Lamine Diack in France, told Reuters Diack had nothing to do with allegations of bribery in the games. Lamine was convicted in France on Sept 16 in a separate case for covering up Russian doping in return for bribes.

He was sentenced to at least two years in jail. His son, Papa Massata Diack, is living in Senegal, which refused to extradite him to France to stand trial in the doping case. France’s probe into the Tokyo bid is continuing.

Nakamura, the Dentsu executive, told JOC investigators in 2016 that he was asked for his opinion on Tan by two members of Tokyo’s campaign.

Nakamura said he replied that Tan had done good work on other major sports events and he conveyed his support for hiring the consultant to Nobumoto Higuchi, at the time the secretary general of the Tokyo bid.

The transcript of Nakamura’s interview shows he also told the JOC investigators that Tan could “secure” certain IOC members, including Bubka, although he said he did not share that observation with Higuchi.

In interviews with Reuters, both Higuchi and his deputy, Kohei Torita, said Dentsu’s input was key to Tan’s hiring.

According to the transcript, Torita told investigators: “We wanted to do this after Mr. Nakamura said, “this guy is very good”.

Dentsu denied it played an active role in hiring Tan or coordinated contact with him.

In a statement to Reuters, Dentsu said: “It is not true to say that our company was coordinating communication between the bid committee and Tan.”

In a joint statement, Tokyo bid officials Higuchi and Torita said the committee’s relationship with Dentsu was appropriate. They did not respond to detailed questions about what they and others told the JOC investigators.

After retaining Tan in July 2013, Torita said officials involved in Tokyo’s campaign had no direct communication with him.

“After that, Dentsu stepped in as an intermediary,” coordinating on communications and invoices, the former Tokyo campaign official told JOC investigators, according to transcripts of interviews seen by Reuters.

Both Torita and Nakamura from Dentsu told the investigators Dentsu had frequent contacts with Tan’s company, Black Tidings.

At the end of July, Takeda approved the first payment to Black Tidings, a transfer of nearly US$1 million, bank records seen by Reuters show.

Torita, who created the contract for the payment, told JOC investigators it was a “success fee” paid to consultants after Tokyo clinched the Games.

The contract, dated Oct 4, 2013, seen by Reuters, says the payment was for a report analysing the campaign. It does not mention a success fee.