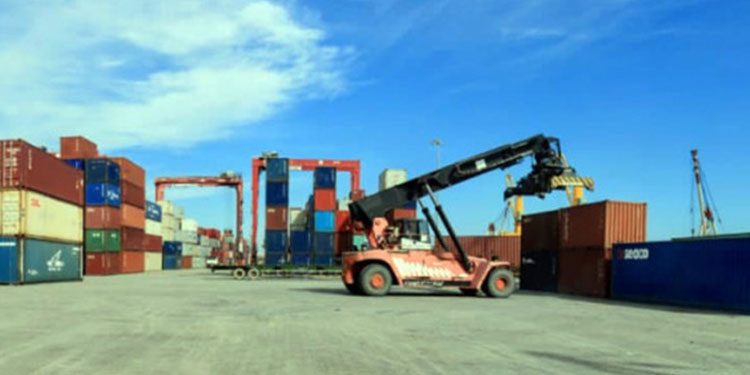 The launching ceremony was presided by Sun Chanthol, Senior Minister and Minister of Public Works and Transport.

The construction of the US$18.4 million container terminal began in 2019 and completed in mid-2021, said Hey Bavy, Director General of Phnom Penh Autonomous Port.

The terminal covers an area of 2.75 hectares. It is capable of handling 100,000 TEUs of containers per year, he said, adding that the budget for the investment expanding container terminal is from the PPAP’s savings and from the issuance of securities.

The PPAP completed the first and second phases of LM17 container terminal expansion project since 2012, by increasing the handling capacity to 300,000 TEUs per year, he said.

“The number of containers handled at the port has significantly increased, so we have to build new infrastructure to handle the ongoing growth of container traffic at the port,” Bavy said.

According to Hey Bavy, the PPAP also planned a new expansion project of container terminal by upgrading its capacity to handle 500,000 TEUs per year. The project is designed to start in 2022.

With ongoing growth of container traffic, the PPAP has set a goal of upgrading the handling capacity to 900,000 TEUs per year. Chea Vannak – AKP