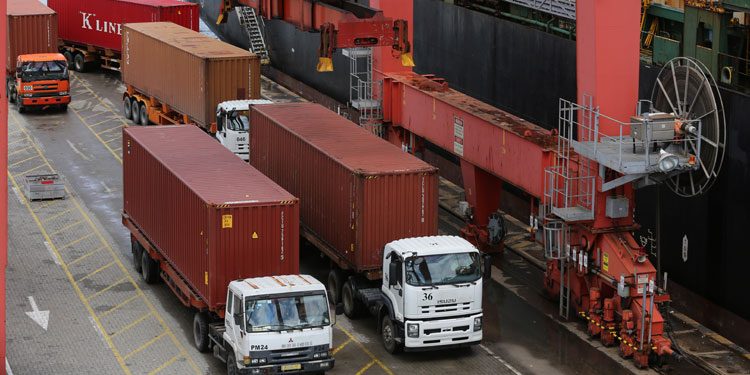 Cambodia Securities Exchange (CSX)-listed Phnom Penh Autonomous Port (PPAP) has maintained a stable financial position during the first 10 months of 2020, despite the economic headwinds posed by the pandemic.

According to unaudited documents submitted to the Securities Exchange Commission of Cambodia and released by the CSX on Tuesday, PPAP’s 2020 October monthly revenue was listed at $2,060,978.

However, passenger freight has fallen significantly with “Passenger Boats” dropping 58.96 percent to 126 units and “Passengers” declining 61.02 percent to 9,733 people.

PPAP’s Deputy Director-General of Business and Operations Hei Phanin said while container traffic and revenue are lower than forecast, it is still an acceptable result given the situation.

“We have been focusing on the Stevedoring, Lift-on Lift-off (LOLO) and other related Port Due & Charge such as berthing, pilotage and maintaining navigation as our main sources of revenue,” she said.

“However, for the last couple of years, we have undertaken a sustained effort to diversify to other sources of revenue including providing logistics service, trucking, customs clearance to customers,” she added.

Phanin also outlined that once the pandemic abates and the government give clearance, PPAP will resume accepting passenger cruises.

The majority of PPAP shares are held by two substantial shareholders (more than 5 percent): the Ministry of Economy and Finance, which holds 80 percent, and Mekong Strategic Infrastructure Ltd, which holds 6.67 percent.

Mekong Strategic Partners (which invests through Mekong Strategic Infrastructure Ltd) Managing Director Stephen Higgins said, “We’re very happy with the operational performance of PPAP and we believe it is the standout company on the CSX.”

“The impact of COVID on the port has been less than we had feared and the overall performance so far this year has exceeded our expectations,” he said.

“Based on fundamentals, PPAP should be trading at more than double its current price. The reason it isn’t is because of its dividend policy, which results in a payout ratio that is less than half of its peers around the region,” he added.

PPAP is one of the two international ports in Cambodia and is the largest river port operator and port authority within the Port Commercial Zone.

Athletes arriving for Tokyo Olympics do not have to isolate, organisers say