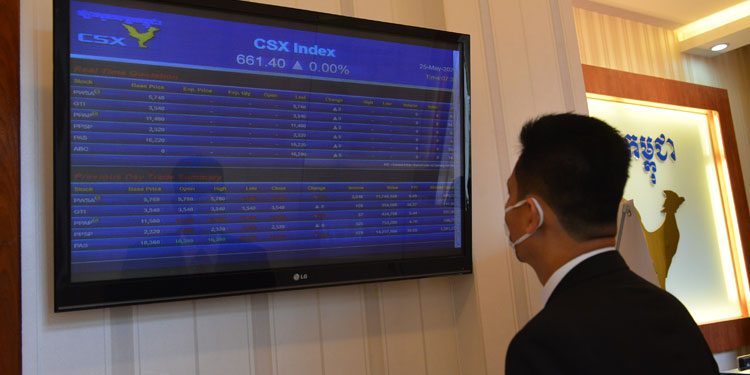 Only 7 out of the 13 equity and bond listed companies on the Cambodia Securities Exchange (CSX) had their 2020 third-quarter financial reports released by the close of business yesterday.

According to the Prakas of Corporate Disclosure, all listed companies shall submit a quarterly report to the SECC (for review) within 45 days after the end of a quarter before being released publicly on the CSX.

“Since the 45-day deadline [Sunday] fell on the weekend, the deadline will be extended to Monday, November 16 [yesterday]. We shall wait until the evening of today whether they will submit the quarterly report on time or not,” Chief Operations Officer at CSX Ha Jong Weon said yesterday.

However, at 5pm yesterday there were still several companies whose reports had yet to be released, including the equity-listed companies Autonomous Port (PPAP) and Grand Twin International Cambodia (GTI).

Khmer Times contacted some of the companies who had failed to have their financial reports released and was told that they had either just been submitted to the regulator or did not receive an immediate response.

During the half-yearly reporting, this year both PRASAC and GTI applied for an extension after significantly missing the regulator’s deadline, while there were also revisions of the financial results submitted after publishing.

The most common reason given for the delays was a lack of resources and time for the audits.

“If any companies miss the deadline without proper and clear explanations or requests, by existing regulations, they will face transitional penalties (fine in cash) and/or administration penalties,” Deputy Director-General of SECC Sok Dara said.

No company has yet to receive any penalties for a missed or delayed financial report.

Speaking to Khmer Times about why the company was running to a different financial year than Cambodia’s January to December, the SECC said it is because its parent company is listed on the Malaysian stock market.

“The SECC does not have specific regulation required for companies to follow Cambodia’s financial year. However they do require approval. The company has got approval from the National Accounting Council to do this,” he added.

It is hoped the remaining reports will be released to the market in the coming days.

Is it safe to have family, friends visiting? Here’s what experts have to say