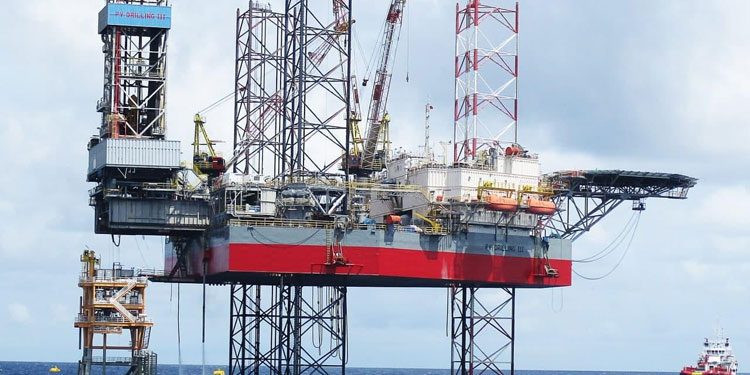 A senior official of the General Department of Petroleum at the Ministry of Mines and Energy said the ministry is reviewing a request letter from Singapore-listed company KrisEnergy asking for a delay to the start of oil extraction in Cambodia Block A.  Extraction was due to start by Oct 31 of this year.

The original deadline for a first oil extraction was June 30, 2020. This deadline was extended by the Cambodian government to Oct 31 without any financial penalties being assessed for the failure to meet it.  Serious consequences ranging from the assessment of financial penalties to the termination of the contract will apply should extraction not be achieved before Dec 31. The final window for production ends at April 30 of 2021.

Cheap Sour, the director-general of the General Department of Petroleum at the Ministry of Mines and Energy, confirmed that KrisEnergy has applied for a further extension to Dec 31 of this year. “We are currently checking their application,” he added. “We hope that they will be able to achieve their first extraction by the end of the year although they are in a difficult situation because of the pandemic,” Sour added.

He added that in normal circumstances, they would have met their projected production date for the first extraction. However, the company has cited pandemic related difficulties that delayed the arrival of the equipment, supplies and experts needed on-site to make it extraction-ready. These delays have real consequences, so the company has asked for a delay to the end of December of 2020.

“If oil production is not achieved by the December 31 deadline, there could be penalties and, if there is no oil extraction by April 30 of 2021, the government will suspend or withdraw the agreement. It is called a long-stop date,” Sour added.

KrisEnergy’s statement reported: “With the pandemic and restrictive COVID-19 measures still affecting operations, the company has applied for a further extension of the October 31 deadline.”

It said that despite restrictive COVID-19 measures, development activities have continued to progress with all major components of the Apsara Mini Phase 1A infrastructure in place at the field location in Cambodia Block A in the Gulf of Thailand.

It also stated that the jacket and topsides for the Apsara minimum facilities wellhead platform (“MiniPlatform”) completed fabrication in Indonesia in August, 2020 and arrived at the Apsara field location at the end of the month.

The company reported that the jacket of the MiniPlatform was lowered into position on Sept 1 and piling into the legs commenced. The topsides were lifted onto the jacket on Sept 6.

“Drilling of the first of the five development wells, A-03D, commenced on October 29. The statement also noted that batch drilling of the top-hole section of the wells is under way.”

Singapore’s KrisEnergy agreement with Cambodia for the development of an oil well in Block A of the Cambodian Sea was signed in 2017. It followed the US giant Chevron’s withdrawal. KrisEnergy has a 95 percent stake, with the government holding the remaining 5 percent.

It said that for the first nine-month period, the average Brent price in 2020 was down 34.1 percent compared with the same period of 2019.