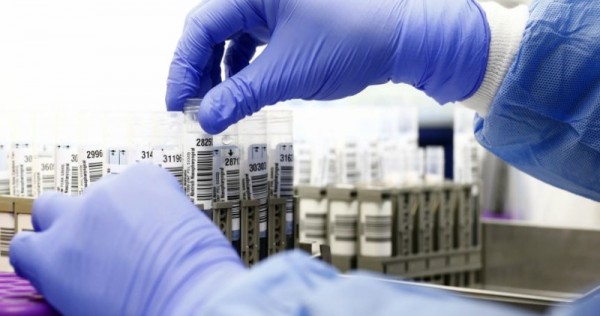 LONDON – A type of Covid-19 test that can be taken without the need for a nose or throat swab has been found to be highly effective in identifying infectious cases, including for people not showing symptoms, the British government said on Tuesday (Dec 1).

The RT-Lamp tests, made by privately-held British company OptiGene, have been studied in a pilot programme in the southern English city of Southampton, where they were used to test some health service staff as well as 55,000 people connected to the local university.

“We’ve shown through carefully conducted studies that the OptiGene LAMP test is fast, reliable and easy to use, and dependent on testing format can work directly with saliva samples as well as with swabs,” said Dr Sue Hill, chief scientific officer for England in the National Health Service’s Test and Trace programme.

Lamp is short for loop-mediated isothermal amplification, the technology used to process the tests.

In the Southampton pilot programme, the tests were used in four different configurations, involving swabs as well as saliva.

The health ministry said the Lamp tests were found to have a sensitivity of 79 per cent and specificity of 100 per cent, meaning they were effective in identifying the people who were infectious and most likely to transmit the disease.

“In samples with a higher viral load, the sensitivity of the test increased to 94 per cent for saliva and 100 per cent for swabs,” the ministry said.

The measures are also used to determine the levels of false positives and false negatives.

Professor Keith Godfrey of the University of Southampton’s Epidemiology Unit, who led part of the pilot, said take-up had been very high among students and reactions positive.

“The saliva Lamp project in Southampton has proved to be very easy for students to use, and is extremely popular with parents and staff,” he said.