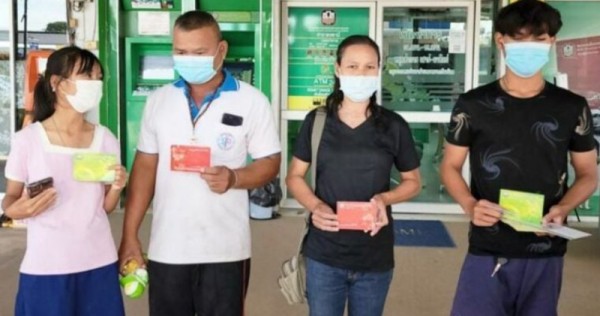 Striking the lottery is a dream come true, but for one Thai man named Manit, it was the start of a nightmare.

You see, not only did the 49-year-old man’s wife, Angkanarat, 45, run off with the money, she also allegedly eloped with her lover, reported Thai news platform Thaiger.

Manit won the six million baht (S$230,000) first prize money on Nov 1 and he transferred the money to his wife’s bank account.

However, instead of celebrating the occasion together, Angkanarat allegedly took the money and fled.

Manit then made a police report but they told him they were unable to help get back the winnings as the bank account belonged to Angkanarat.

What’s worse, the couple was not officially married as they had never signed a marriage certificate.

The couple, who were together for 26 years, have three children and Manit said that he did not know that his wife was allegedly seeing someone else.

However, one of their children later revealed to the police that he was aware of his mother’s alleged affair.

And that she had fled to Nong Kai, which is about 270km away from the family’s residence in Rot Et, central north-eastern Thailand.

Angkanarat reportedly told the Thai media later that she does not have any lovers but she ran away as she was tired of her husband and son’s complaints.

She also said that she wanted to become a nun and had apparently donated all the money to several charities.

However, she said she returned home on Sunday (Nov 20) to clear her name after learning that Manit had filed a police report against her.

However, Manit could only get the money on one condition — that he must leave the family house within three days.

Despite having to be separated from his family, Manit told the Thai media that he is happy with that condition and plans to work in Bangkok.

He also said that he would be happy to return home in the future if his wife forgives him.

This isn’t the first time a couple has had issues with lottery winnings.

In 2019, after a Thai couple won six million baht, the man, Wijak Wannaprasit took the money and fled from his wife, Pornthida Chamnanwet.

They had originally agreed to split the winnings equally and even planned how to spend the prize money.

However, a day after collecting the money, Wijak changed his mind and told Pornthida that instead of three million baht, she’d only be getting two million baht.

This led to a heated argument and Wijak left with the lottery ticket. He eventually returned after Pornthida made a police report.