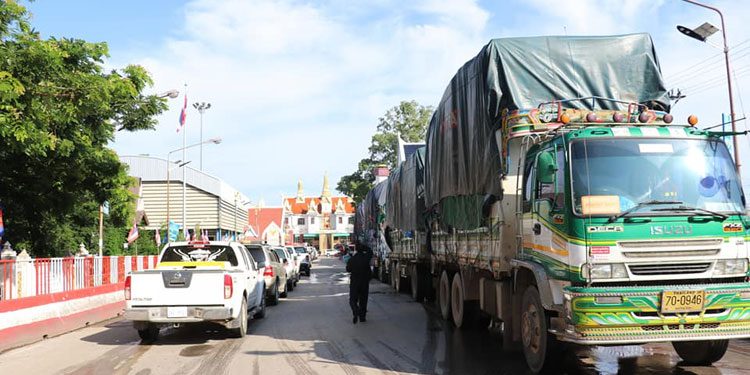 Cambodia has ratified the protocol on the amendment of the Asean Commodity Trade Agreement to implement the Asean-Wide Self-Certification (AWSC) in order to facilitate trade in the region, the Ministry of Commerce announced.

The ministry said all Asean member states have agreed to formally use the AWSC and started to implement it from Sept 20.

“Therefore, from September 20, 2020, Cambodia, a member participating in the first Self-Certification Pilot Project (SCPP10 will not be able to issue or receive an invoice declaration of SCPP1 any longer,” the announcement read.

The ministry has asked exporters to complete the application for an AWSC at the Export-Import Department of the Ministry of Commerce in a timely manner.

Undersecretary of State and spokesperson at the Ministry of Commerce Penn Sovicheat said that goods for export normally need a certificate of origin (CO) and previously the Kingdom’s exports among Asean countries used it to acknowledge goods originated in Cambodia.

“This is a new form of the Asean bloc to facilitate regional trade, avoiding the use of complicated paperwork, so we have agreed on the AWSC, which is mutually recognised in the region,” he said.

For other markets, the use of a CO remains unchanged based on an agreement with the country and the region, Sovicheat said. However, it will gradually be replaced by the Registered Exporter System (REX) for the European Union market.

REX is the EU’s system of certification of origin of goods based on a principle of self-certification. By joining the system, companies become registered exporters, which allows them to issue their own statements of origin.

A CO is an official document used to certify that a product was wholly produced or manufactured in a country. It is generally a key document required by buyers and applies to individual products.

Foreign investors in Cambodia have asked the government to reduce the cost of the CO, which is currently far more expensive than in other countries in Asean.

According to the Japanese Business Association of Cambodia (JBAC), an application fee for a CO in Cambodia costs up to $58.

JBAC said in Vietnam the CO is free regardless of whether it is subject to a tariff or not. In Thailand, there are three types of applications and the fee is $24.50. In Singapore it is around $7. In Malaysia it is $2.39 and in Japan it is $10.