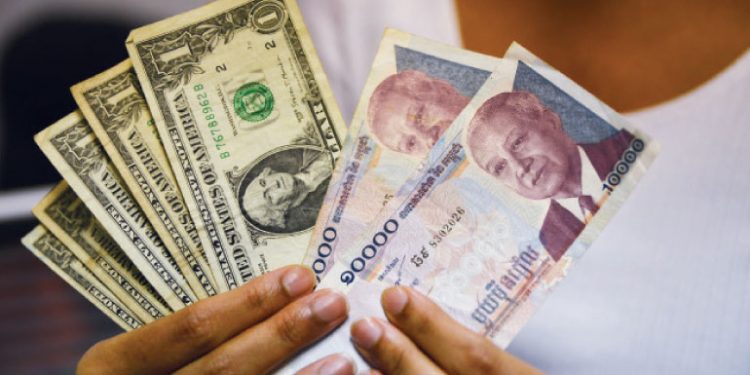 The National Bank of Cambodia (NBC) is continuing to accept small denomination US banknotes ($1, $2 and $5) “free of charge” from financial institutions, despite the August 31 deadline it had set out in May.

The NBC made the comments as Cambodia’s largest microfinance institution, Prassac,  announced internal discussions to deliberate the swapping  of the popular $10 note with the 50,000 riel note in all of its ATMs.

The phase-out of small US banknotes was announced in May this year when the NBC said it was pushing to promote the use of the Cambodian riel after a meeting with bank and microfinance institution representatives.

This was to have been done by giving commercial banks and microfinance institutions a period of three months, ending August 31, to send the small bills in their possession back to the NBC, thereby removing them out of circulation, they said.

While the NBC said small denominated bills were still legal tender, banks and MFIs would be expected to absorb the costs of transporting these bills after August 31, they added.

However, according to the President of ACLEDA Bank, In Channy, the bank is still receiving the small banknotes which are being sent directly to NBC for transport to foreign banks at no cost.

“ACLEDA Bank is still accepting these banknotes as usual, but we are not releasing these notes back into the market. The central bank is sending these small notes abroad now to foreign banks and we are receiving larger notes in return,” he said.

“We currently have less than $4 million worth of small US dollar banknotes and there has been no service charge from the NBC to receive these notes so far,” he added.

PRASAC Microfinance Institution Executive Vice- President Say Sony echoed that his institution is still sending the small banknotes “free of charge” to the NBC. In addition, the microfinance institution is now in active discussions to swap the $10 note with the 50,000 riel note.

“We are still collecting the small US Banknotes from our customers and sending them to NBC free of charge,” he said.

In response, Deputy Director-General of Banking Supervision at the NBC, Kith Sovannarith, confirmed that the central bank has continued with its existing mechanism of not charging to receive small US banknotes and they will continue to be considered as legal tender for the foreseeable future.

“We are continuing to implement our existing mechanisms for sending and receiving small US banknotes and I can confirm we have not implemented any fee as of yet, he said.

“During this period, these notes are continued to be recognised as legal tender throughout Cambodia until further evaluations are made,” he added.

However, the central bank did not confirm any plans to phase-out $10 notes with 50,000 riel notes.

“I am not aware of any current plans to include the $10 note in the small US banknote phase-out plan,” he said.