National Bank of Cambodia: Cambodia economy stagnant in first half 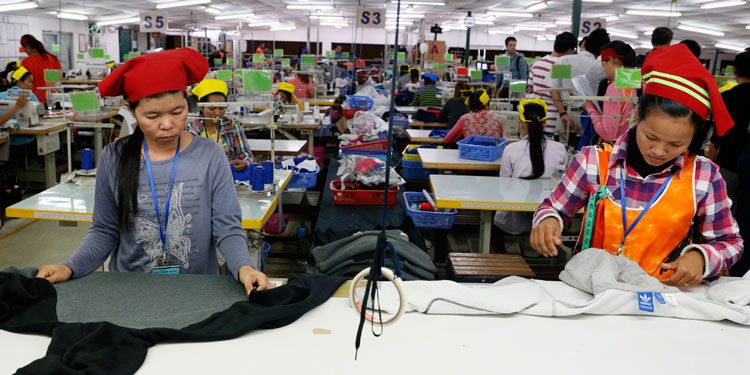 The National Bank of Cambodia (NBC) said the Kingdom’s economic growth stagnated in the first half of the year due to the impact of the COVID-19 pandemic and forecast that the country’s GDP would contract 1.9 percent this year.

NBC governor Chea Chanto said key pillars of Cambodia’s economy such as tourism and manufacturing were not spared the sweeping impact of the pandemic.

However, he added that the agricultural sector saw slight increases while the financial sector also enjoyed gains.

In its Semi-Annual Report 2020 released on July 8, the NBC said the tourism sector was the worst affected of all major economic sectors as international arrivals took a sharp 55 percent plunge in the first half of this year on a yearly basis.

The export-oriented manufacturing industry dipped 12.5 percent, and garments were down 10 percent.

But production for the domestic market added 13.2 percent, propped up by the rise in local consumption.

Agricultural output increased by 21.7 percent year-on-year owing to expanded cultivation area and a drop in natural disasters, the NBC said.

Cambodia’s economy is expected grow negatively in 2020, at the lowest rate since 1995, according to Chanto.

Cambodia will be set to make a V-shaped economic recovery next year if the novel coronavirus can be contained by the end of the year, he said. VNA