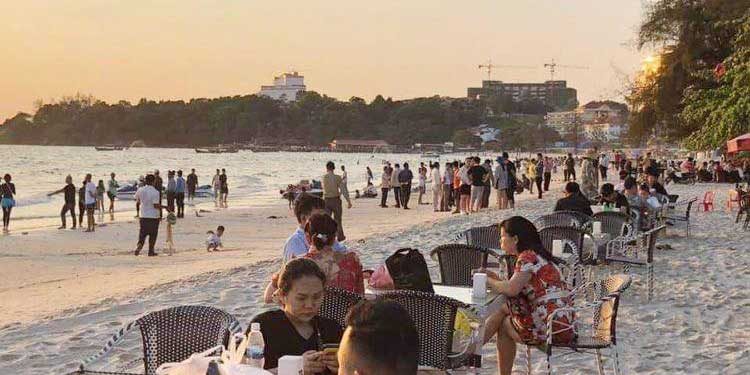 Cambodia has recorded the revival of domestic tourist movement which reached 3.7 million in the first five months of this year, while the number of foreign tourists visiting the Kingdom saw a sharp decline.

Monthly report for May 2020 from the Ministry of Tourism ​showed that between January and May, 2.23 million Cambodian people and 1.48 million foreign tourists travelled to different tourism destinations throughout the country.

The most visited destination for Cambodian tourists is the coastal area in the southwestern part of the country, according to the report.

In the first five months of 2020, foreign arrivals decreased by 59 percent to 1.17 million, pointed out the report.

The decline in foreign arrivals is largely due to the outbreak of COVID-19 pandemic, which led to strict travel restrictions around the world.

National Bank of Cambodia: Cambodia economy stagnant in first half