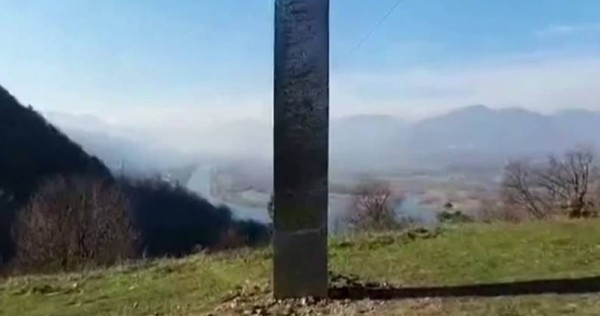 BUCHAREST  – A shiny metal monolith vanished on Tuesday (Dec 1) from Romania’s mountainous Neamt county, four days after its sudden appearance close to an ancient Dacian fortress sparked speculation it may be related to a mystery structure seen in the United States.

A similar alien-looking pillar, was spotted in a Utah desert in the United States about two weeks ago. It disappeared after generating much excitement internationally among science-fiction fans, hearkening to Stanley Kubrick’s 1968 film, 2001: A Space Odyssey, based on a novel by Arthur C. Clarke.

In the Kubrick movie, an alien monolith is a recurring symbol that appears to play a role in the development of human evolution.

Rather than being an alien structure, the truth of the Romanian monolith may be more prosaic.

“The 2.8 metre (9ft) tall structure disappeared overnight as quietly as it was erected last week,” journalist Robert Iosub of the Ziar Piatra Neamt local newspaper, who had seen the structure, told Reuters.

“An unidentified person, apparently a bad local welder, made it … now all that remains is just a small hole covered by rocky soil,” local reporters had discovered, he said.

The sheet metal structure had a badly-welded join, he added.

A spokeswoman for Piatra Neamt police, Georgiana Mosu, said officers are conducting an inquiry into the illegally-installed structure, which was positioned in a protected archaeological area from Nov 27.