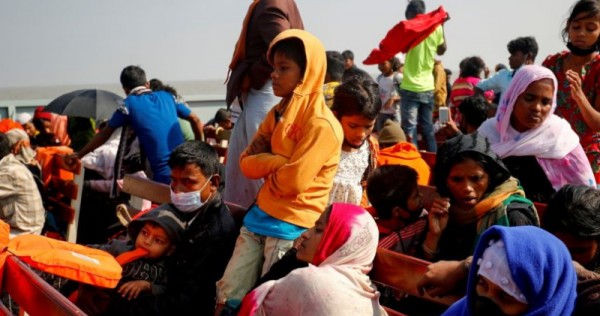 YANGON – Myanmar’s navy seized a boat carrying 228 Rohingya on Monday (Nov 29) and arrested all on board, the country’s state television reported after the latest attempt by members of the persecuted Muslim minority group to leave the country.

33 children were among those detained in waters near Sittwe in northwestern Myanmar, as well as five boat workers, according to the MRTV report. Those detained were handed over to the police and the immigration authorities.

A spokesperson for Myanmar’s military government did not immediately respond to calls seeking comment. A local government official confirmed the incident but declined to provide details.

Images broadcast by the station showed people huddled together on the floor of a long wooden boat, including several veiled women clutching small children, a scene reminiscent of other perilous journeys taken by the Rohingya in recent years.

At least 32 Rohingya died on a ship that drifted for weeks after it failed to reach Malaysia in 2020.

Buddhist-majority Myanmar does not recognise the Rohingya as citizens and they face severe curbs on freedom of movement as well as access to healthcare and education.

Myanmar denies persecuting the Rohingya and says they are not an indigenous ethnic group but immigrants from South Asia, even though many Rohingya are able to trace their ancestry back centuries.

More than 730,000 Rohingya fled Myanmar to Bangladesh in 2017 to escape a military-led crackdown that United Nations investigators have said was carried out with “genocidal intent” and included mass killings and rapes.

Myanmar has denied widespread atrocities, framing the violence as a response to attacks by Rohingya militants.