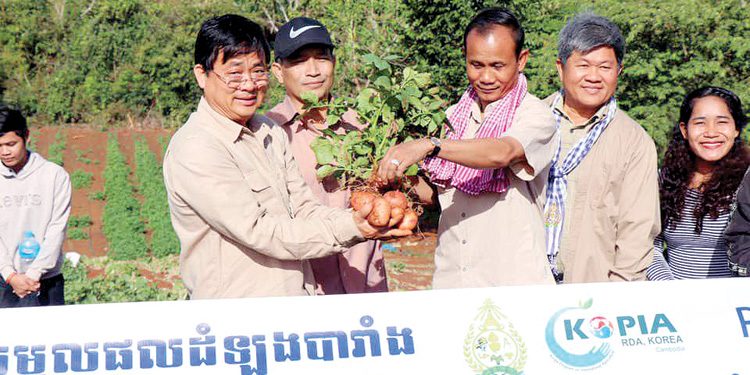 The Director of the Mondulkiri Department of Agriculture Song Kheang said the province should capitalise on the increasing demand for potatoes in Cambodia, caused by the continued rise in fast food chains.

Speaking at the press conference yesterday, Kheang said Mondulkiri could produce around 500 tonnes annually to respond to rising domestic demand.

Kheang said that potato cultivation could provide a high income for farmers and more jobs for people in the province.

“Another advantage of the potato is the crop can be preserved for a long time and doesn’t spoil easily unlike other vegetables,” he said.

“Increasing potato cultivation would also reduce the need to import the vegetable in the future,” said Kheang.

However, he added that the department could not yet produce the potato varieties ideal for its soil and needed to further cooperate with the Potato Research Centre.

In 2016, the research centre was launched to analyse the crop and determine what varieties were best suited to Cambodian soil.

However, research has been temporarily suspended due to COVID-19.

According to the centre, Cambodia imports over 5,000 tonnes of potatoes from Thailand, Vietnam, China, Japan, Australia and the US annually.

The centre is a collaboration between the Ministry of Agriculture, the Korean International Cooperation Agency and the Royal University of Agriculture.