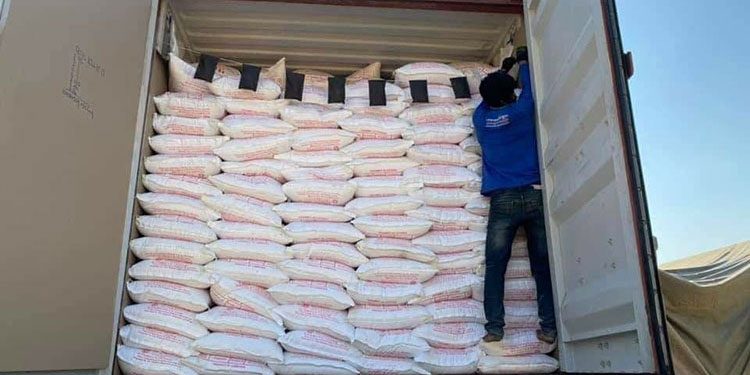 With the EU rolling back import tariffs on long grain white rice from Cambodia and Myanmar, market participants expect a rise in shipments from Cambodian exporters who were however still skeptical due to continued high freight rates.

Register Now The tariffs were enforced from Jan. 18, 2019 as a temporary measure to help protect EU farmers from competitively priced long grain rice, with exporters in Cambodia and Myanmar having benefitted from tariff-free status under the EU’s Everything but Arms initiative. However, medium grain, short grain and broken rice — in addition to brown long grain — imports from these countries were unaffected by the tariffs.

One trader said that the news will be “good for Myanmar” and that the country will “certainly [export] more rice to the EU,” following the development. A second trader said Jan. 14 that although “prices slumped [in Myanmar] last week … they have now firmed” as “people have already begun factoring the tariff change into their export prices.” A third Singapore-based trader added that they have a “strong feeling” that exports to the EU from Myanmar will increase in the coming months.

Meanwhile, exporters in Cambodia were skeptical that the recent announcement would have a major impact on trade to the EU.

One stated that “prices remain unchanged here due to high freight rates to Europe still, despite the [tariff change].” Another echoed that sentiment, explaining that “trying to ship our Phka Malis to [the] EU is a nightmare,” with volumes taking two months to reach their destinations and exporters struggling to find space on ships or available containers.

Meanwhile, the tariffs led to a substantial shift in the flow of Myanmar rice to Europe as EU importers switched to buying the Myanmar medium grain variety Kayinma, instead of the regular Emata long grain variety, due to the tariff advantage. It is likely that demand will swing back to Emata now that the tariffs have lapsed.

A broker for the Italian market said Jan. 13 that “the prospect of rice entering from countries such as Myanmar will put more pressure on the Italian market and bring it back to reality.” The same broker added that “the current situation of farmers getting whatever price they ask for due to the shortage of paddy is unfeasible for the future.”

It remained to be seen how exactly the EU import market will evolve following this development. As Cambodian exporters do not anticipate much change until freight rates to the trade bloc improve, the Myanmar market is likely to undergo the greatest change as buyers revert to previous trade flows. SPGlobal.com