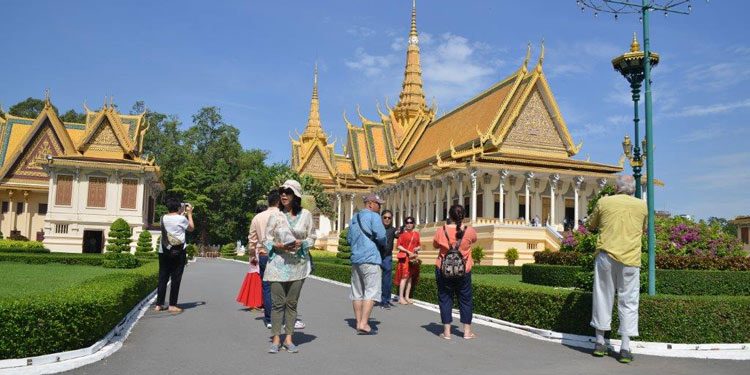 Chinese tourists are a major market that will rebound and take the lead in visiting international destinations, Tourism Minister Thong Khon said during a meeting last week.

“When the Chinese government allows its people to go out or resume their flights, we think there will be a big flow of Chinese tourists to Cambodia,” he said.

With such optimism, the minister has ordered all official experts at the ministry to be ready to receive Chinese tourists in accordance with the “China Ready” strategy, while urging the tourism businesses and other tourism destinations to further implement health and safety measures for all tourists.

Cambodia launched its “China Ready” strategy in 2016, intending to attract more Chinese tourists to the country.

After COVID-19 ends within the next four or five months, according to Tith Chantha, Secretary of State at the Ministry of Tourism, the number of foreign visitors to Cambodia will increase two or three-fold.

In the light of COVID-19, Cambodia’s aviation sector is almost completely decimated because of extreme travel restrictions, with air passenger numbers dropping more than 90 percent as of April this year, a figure from the State Secretariat of Civil Aviation (SSCA) showed.

There are almost no flights in Cambodia, according to the SSCA, noting China allows only one flight per week for one airline from Cambodia.

In a worst-case scenario for Cambodia, the Asian Development Bank estimates that the Kingdom’s decline in tourism revenues could be $856.5 million, which translates to about 3.5 percent of the county’s GDP.

Ticket sales at Cambodia’s Angkor Wat Archaeological Park, the world-famous historical site, saw a dramatic decrease from January to April which was caused by the ongoing global pandemic.

During the past four months, the park generated roughly $18 million which was a fall of 59.33 percent over the corresponding period last year, the state-run Angkor Enterprise reported on Friday.

The enterprise noted that a total of 384,317 foreign tourists visited the country’s most famous tourist attraction in Siem Reap province. The number of tickets sold at the park saw a nearly 60 percent decrease during the period.

In April alone, the ticket sales saw a 99.5 percent drop, generated only $29,368, while only 654 foreign tourists bought entrance passes.