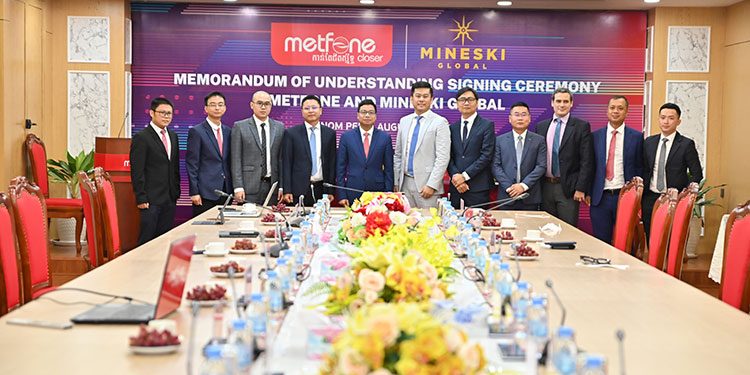 Metfone General Director Phung Van Cuong said, “eSports is one of the mainstream products in the digital ecosystem that Metfone is currently focusing. As a leading company in the telecommunications industry, Metfone is making more efforts to develop the eSports field professionally and comprehensively. Currently, eSports has become a global cultural phenomenon and appears alongside traditional sports.  Every year, hundreds of large and small tournaments are being held on a global scale, attracting tens of millions of spectators each year. eSports has even become an official sport at the SEA Games in recent times.”

The gaming industry in Cambodia is still quite new. Professional tournaments have gradually appeared and created a certain resonance, with a large number of existing players, accounting for more than 80 percent of GenZ.  Previously, the International Olympic Committee 2017 also acknowledged the presence of eSports and concluded that video games can be considered as sports activities when players are trained and prepared with as much intensity as traditional athletes.

Meanwhile, Metfone has millions of players. Mobile Legends: Bang Bang, which accounts for a 90 per cent market share in Cambodia, with hundreds of thousands of daily players on the Metfone network. Metfone is also currently a Presenting Sponsor of Moonton’s MPL tournament, which has the highest interest and viewership in Cambodia.

“In the upcoming Seagames 32 which will be held in Cambodia, eSports will be deployed as an official sport alongside other traditional sports,” he pointed out.

Ronald Robins, Founder and President of Mineski Global said ‘through our business, we bring our experience from Malaysia, Indonesia, Vietnam, Singapore, Thailand and now to Cambodia. “We have pushed our mission to everything that we do to create great value together. In our journey, we are working with a lot of telecommunication companies and other important stakeholders as well. We hope to bring experience within the same platform to Cambodia.”

In addition to cooperating in consulting and implementing event organization activities, Mineski also provides eSport solutions to access GenZ insights in Cambodia. With this cooperation, Mineski hopes to support Metfone to become the core choice for eSports experience on mobile devices in Cambodia.

With the contribution of the leading units in the eSport industry. Mineski and Metfone hope to professionalise esports by nringing positive experiences in areas like Gamertainment, Gameducation and gamification.