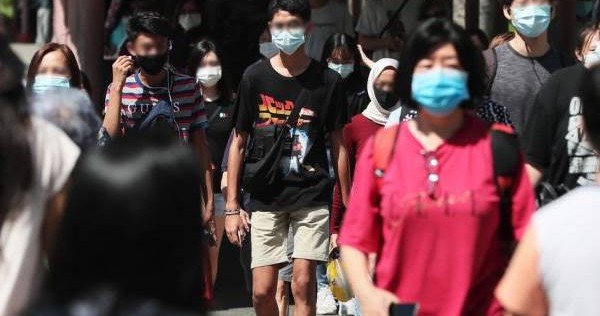 If you found that the men in your family were more reluctant to wear face masks during the early stages of the coronavirus pandemic, research has shown that it may be more than just stubborn personalities at play.

There’s apparently a gender divide when it comes to wearing personal protective equipment and face covers, with men more reluctant to don them than women. And it’s not unique to Covid-19, as this trend was also seen during previous epidemics, reported the BBC.

Researchers at Middlesex University London in the UK and the Mathematical Science Research Institute in Berkeley, California surveyed nearly 2,500 people in the US and found that men were not only less likely to wear a mask, but found it to be “shameful”, “not cool”, and a “sign of weakness”.

Perhaps a false sense of security is to blame. Among the main reasons given for not wanting to wear a mask, is the belief that they are less susceptible to the virus than women, said research co-author Valerio Capraro.

Ironic, given that statistics have found the impact of Covid-19 on men to be more severe, and more men have died from Covid-19 than women thus far.

But this trend is consistent with what was seen during health crises in the past.

During the 2002 Sars outbreak in Hong Kong, studies found that women were much more likely to take precautions that included frequent hand-washing and wearing masks.

This was also corroborated by research published in June, where a study found gender differences towards health and safety measures, with women more likely to comply with public health advice related to mask-wearing and hand-washing. They are also more likely than men to seek medical help and symptoms appear.

Other studies also found that men are more resistant to hand-washing.

Christina Gravert, a behavioural scientist and assistant professor at the University of Copenhagen, attributes the differences to how the two genders approach risk, where women are often more cautious.

According to the study, men are less likely to believe that they’ll be seriously affected by Covid-19.

Dr Gravert told BBC: “If overconfidence is the problem, then it could help to make men aware of the statistics, and show them that they suffer more from Covid than women.

“If we take it seriously that men on average are less altruistic and more selfish, then communication should focus less on protecting others and more on protecting oneself.”