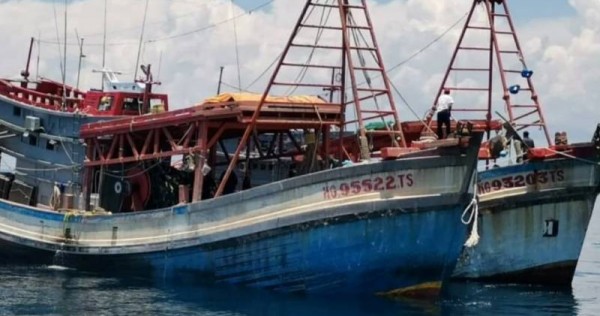 KUALA LUMPUR, Aug 17 – Malaysia said on Monday that a Vietnamese fisherman died from gunshot wounds in a confrontation after its coast guard sought to inspect two boats they believed were illegally fishing.

In a statement, the Malaysian Maritime Enforcement Agency said 19 Vietnamese fishermen had been on board the boats, accusing them of pelting the enforcement ship with hard objects, as well as flammable items, before eventually ramming it.

The statement said the incident took place in waters off Kelantan state and that coast guard officers onboard had responded by firing in self-defence, wounding one Vietnamese fisherman who later died.

The 18 other crew members had been detained and would be investigated for various offences, including illegal fishing, illegal entry and attempted murder, the statement said.

Countries bordering the South China Sea have been frequently embroiled in disputes over fishing rights, which sometimes turn violent.

Vietnam’s Foreign Ministry said it was aware of the situation and was in touch with its Malaysian counterparts.

“We are deeply concerned about this incident and would like the Malaysian side to verify and investigate the case, and strictly deal with any personnel that caused the deaths of Vietnamese fishermen,” the ministry’s spokeswoman said in a statement.