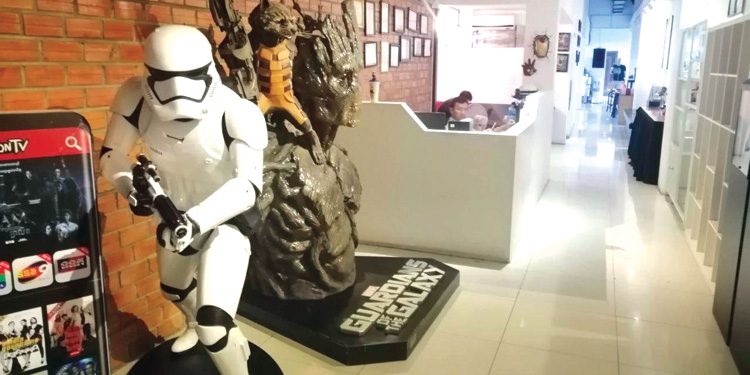 Since March 17 Cambodia’s movie theaters such as Legend Cinema and Major Cineplex kept their curtains drawn. The government ordered KTV entertainment establishments and cinemas across the country to be shut down to contain the COVID-19 pandemic.

Health Minister Mam Bun Heng issued the statement in March, saying that Tourism Minister Thong Khon and relevant authorities should carry out an order by Prime Minister Hun Sen to close the venues in the Kingdom.

“Samdech Prime Minister [Hun Sen] ordered all KTV establishments and movie theaters to be closed nationwide until the situation of the COVID-19 is eased,” Bun Heng said in the statement. Now almost four months on, KTV establishments have started to re-open throughout the Kingdom, albeit needing a restaurant licence.

With KTV’s reopening it begs the question why are the movie theaters still closed? When will they re-open? And how have they managed to survive the COVID-19 pandemic? Westec Media Limited is Cambodia’s first movie distributor and distributes for Hollywood production companies such as Universal Pictures, The Walt Disney Company, Warner Bros Entertainment Inc, Sony Pictures Entertainment Inc, 20th Century Studios and Paramount Pictures.

General Manager of Westec Media Phany Lao said: ”We are hoping cinemas will be open by the end of July or beginning of August. Other movie theaters across Asia have already opened and Cambodia has one of the lowest rates of COVID-19. We are just waiting for the green light from the government but for the past month we have been putting things into place so that we are ready for when our clients Legend and Major Cineplex open.” Last year Westec Media reported they were having an average year-on-year growth rate of 20 percent. The general manager went on to say: “This whole pandemic has affected us badly. With cinemas not open and movies not playing we have very little income and although we have other avenues of making money, it is just not enough. We have unfortunately had to cut hours and salaries and are now working with around 30 percent of our usual workforce.”

Moving forward from this pandemic will prove difficult for many businesses because all sectors are struggling to survive, especially the tourism and garment sectors. But Westec Media is confident that cinema-goers will be keen to get back to the big screen to watch new upcoming titles such as Mulan, The Conjuring 3, A Quiet Place II as well as Asian titles including Low Season and Peninsula. Westec’s Phany Lao said: ” I think during the first few weeks people may be a little cautious, but look at the restaurants and malls: People seem to be getting back to normal. When people see the precautions put into place such as socially distanced seats, lesser capacity, temperature checks and sanitisation, people will feel more at ease. We will also be pushing for more contactless payments using membership cards and contactless payment apps.”

As movie theaters in Western countries are experiencing a drop in cinema attendance because of fierce competition from streaming sites such as Netflix, COVID-19 seems to have been the
biggest obstacle theaters here in Cambodia have come up against.

But with more things opening now in the Kingdom and the need for family friendly entertainment, Westec Media may be able to say, “That’s a wrap” on the current cinema ban sooner rather than later.