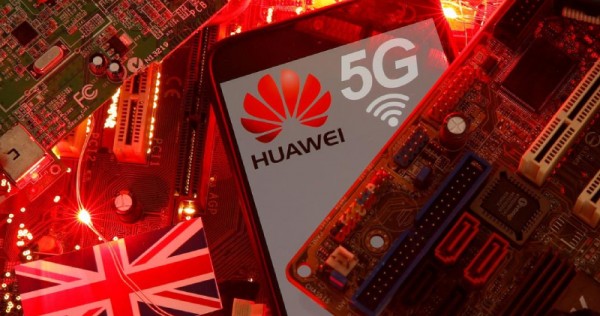 Huawei Technologies will be banned from Britain’s 5G network, the British government announced on Tuesday in a major policy reversal.

The decision follows escalating tension with Beijing and pressure from Washington and could add to the pressure on other European countries to review their approach to the Chinese telecoms giant.

By tearing up his earlier decision to allow Huawei up to a 35 per cent share in the non-sensitive parts of Britain’s 5G networks, Prime Minister Boris Johnson has ignored threats from Chinese officials that there will be “consequences” if the UK treats China as a “hostile partner”.

The decision is one of the multiple signs of growing unease in Europe about China’s actions, including the imposition of national security law in Hong Kong and its initial handling of the coronavirus pandemic.

“We have been clear-eyed from the start that Chinese-owned vendors Huawei and ZTE were deemed to be high-risk.”

“Put simply, countries around the world – not just in the United Kingdom – have become dangerously reliant on too few vendors,” he said.

Ahead of Tuesday’s announcement, Huawei’s UK chairman John Browne, the former BP chief executive and a member of the House of Lords, announced that he would be leaving his post.

Under Britain’s new 5G plan, British phone companies will not be able to buy any new Huawei components for their 5G networks after the end of this year. “It will be illegal for them to do so,” Dowden said.

After that, all existing equipment made by the Shenzhen-based company will be removed from the 5G infrastructure by 2027, which Dowden called a “necessary and prudent timetable”.

The US has already blocked the company from using American technology in its microchips – a decision that prompted the Britain’s National Cyber Security Centre to conclude that Huawei would have to use potentially insecure technology and the resulting security risks would be impossible to control.

“What we want is a modern and mature relationship with China based on mutual respect where we are able to speak frankly when we disagree, but also to work side by side with China on issues where our interests converge,” Dowden said.

“Today’s decision, however, is about ensuring the long term security of our telecoms networks specifically in the light of those US sanctions,” Dowden added. “We have never, and will never, compromise that security in pursuit of economic prosperity.”

He added that the decision would delay Britain’s roll-out of 5G networks for another two to three years, driving up the cost to £2 billion (S$3.2 billion).

Huawei said that the “disappointing” decision was bad news for anyone in Britain with a mobile phone.

“We remain confident that the new US restrictions would not have affected the resilience or security of the products we supply to the UK,” Edward Brewster, a spokesman for Huawei UK said in a statement.

“Regrettably our future in the UK has become politicised, this is about US trade policy and not security. We will conduct a detailed review of what today’s announcement means for our business here”.

The Chinese ambassador to Britain, Liu Xiaoming, described the decision as a setback for the UK.

“Disappointing and wrong decision by the UK on #Huawei,” he said on Twitter. “It has become questionable whether the UK can provide an open, fair and non-discriminatory business environment for companies from other countries.”

The British attitude to Huawei has shifted markedly over the past six months. In January, Johnson gave the green light to Huawei’s involvement in emerging mobile networks, but he came under intense pressure from US President Donald Trump to change course.

Britain’s telecoms companies have also tried to talk the government out of the ban, citing the difficulties of implementing it.

Andrea Dona, Vodafone UK head of network, urged that any further restrictions “look at a sensible and practically feasible timescale over several years”, while she cautioned that it would cost “single figure billions” of pounds to remove the equipment.

But many members of Johnson’s Conservative Party have been pushing the government to take a tougher stance, with rebels lambasting the government for giving Huawei another seven years to operate in the country.

Iain Duncan Smith, the former Tory leader, repeated his call for Huawei equipment to be excluded by 2025.

Analysts largely saw the decision as a reaction to new political tensions that have emerged since the start of the year.

“The UK has been forced into a corner by stepped-up US pressure since the January announcement,” said Greg Austin, senior fellow for Cyber, Space and Future Conflict at the International Institute for Strategic Studies in Singapore.

The backlash against Huawei is “entirely political and based on exaggeration of the intelligence value to China of Huawei’s 5G technologies”, Austin said.

He added that Britain’s reversal is likely to be a “big blow” to Huawei’s operations in the country. “Many jobs would be lost, and business relationships torn up,” he said, adding that “China will not trust the UK as a business partner”.

The new Hong Kong national security law, passed by Beijing on June 30, has also strained the relationship between China and the West.

“The EU just started to become more vocal on a number of issues where they feel China has crossed the line, again Hong Kong being one of them,” said Simon Piff, vice-president of security practice at IDC Asia-Pacific.

“So it’s likely that those countries that have not already decided to ban or restrict Huawei will begin to do so soon.”

Lu Chuanying, secretary general of the Cyberspace International Governance Research Centre at the Shanghai Institute for International Studies, said that strategically, Britain “has a strong influence on the attitudes of other European countries towards Huawei”.

The US has heavily lobbied allies to exclude Huawei from its future 5G networks, while Huawei has also invested significantly in the UK, Lu said.

The Chinese company received approval last month to break ground on a £1 billion research and development site near Cambridge and recently extended an advertising campaign in Britain in an attempt to sway public opinion.

But despite sanctions restricting Huawei’s access to components from US companies, Huawei announced a 13.1 per cent rise in revenue in the first half of this year.

Mark Natkin, managing director of Marbridge Consulting in Beijing, said that even if governments are satisfied that using Huawei’s equipment will not open them up to security risks, some may be concerned whether the company will continue to be able to produce reliable, high-quality equipment with its supply of US components cut off.

But he added: “In some cases, cost considerations and fear of falling too far behind the rest of the world if they stall their respective 5G network build-outs will sway some governments in Huawei’s favour.”