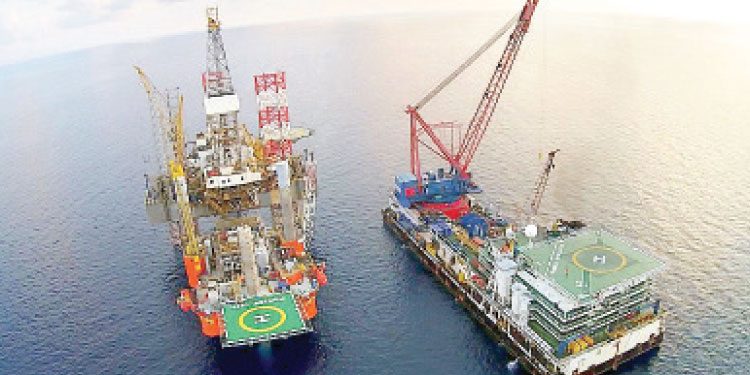 KrisEnergy’s production dreams in the Khmer Basin are dead in the water after the beleaguered independent oil and gas exploration company revealed it was heading into liquidation.

The firm has submitted a winding-up petition to the Grand Court of the Cayman Islands and a hearing date will be fixed, according to a statement delivered  to Singapore’s stock exchange.

It had not been able to form a viable debt restructuring plan and lost its revolving line of credit from Singapore-based DBS Bank.

The company had said there had continued to be “material concerns” that it would not be able to operate as a going concern, indicating the company would likely need to cease operations because of its lack of production in its Cambodian project.

Its oil extraction in the Apsara oilfield’s Block A, located in Cambodian waters in the Gulf of Thailand, has not improved since March and therefore there appeared to be no path forward to guarantee revenue from the project dubbed Mini Phase 1A.

The company said given the disappointing production results from Apsara Mini Phase 1A so far, there remains material uncertainty over the group’s ability to continue.

“In the circumstances, the company’s restructuring plan as described in its previous announcements… is no longer viable,” it added.

Hopes were high when the first drops of oil were extracted in December last year. The project was viewed as a catalyst for Cambodia’s fledgling oil and gas industry that could help fund educational and health initiatives.

However, it soon became apparent the company’s projected 7,500 barrels of oil per day (bopd) would not be achievable.

By the end of March, the company was producing just 2,493 bopd.

KrisEnergy was already in dire financial straits before the Cambodian project went online and was banking on producing sufficient oil from Mini Phase 1A to climb out of debt.

The company underwent its first debt restructuring plan in 2016 and was suspended from the Singapore stock exchange in August 2019.

Now that one of its last lifelines – revolving credit amounting to $200 million from DBS – has been revoked, the company has  run out of room to manoeuvre.

The Keppel Corporation, KrisEnergy’s largest shareholder, said the amount outstanding in the revolving credit facility, to which the company has provided a guarantee, is $188.7 million.

It continued that the $188.7 million and the carrying values of its loan receivable and contract assets “would be significantly and negatively affected by the current situation of KrisEnergy, especially if it could not continue to be a going concern.

It had been banking on revenue from production at Apsara to get it through a drawn-out restructuring process with debts to the tune of $476.8 million.

The company’s biggest shareholder is Keppel Corp, which has a total exposure to KrisEnergy of just over $317 million.

On April 12, Cheap Sour, the general director at the Ministry of Mines and Energy’s General Department of Petroleum, said it was awaiting an announcement from KrisEnergy before determining whether it would terminate its contract with and potentially penalise the company.

KrisEnergy owns 95 percent of the working interest for Block A while the government retains the remaining 5 percent.

In an April research note, DBS Group Research analyst Ho Pei Hwa said the debts to Keppel are backed by first-rights claim on KrisEnergy’s oil and gas assets. She noted that a significant portion of the amount should be recouped via asset sale if KrisEnergy goes under.

“Sorry, I can’t help you because I don’t know,” said Yos Mony Rath, director general of the General Department of Mineral Resources under the Ministry of Mines and Energy when contacted for a comment last night by Khmer Times.