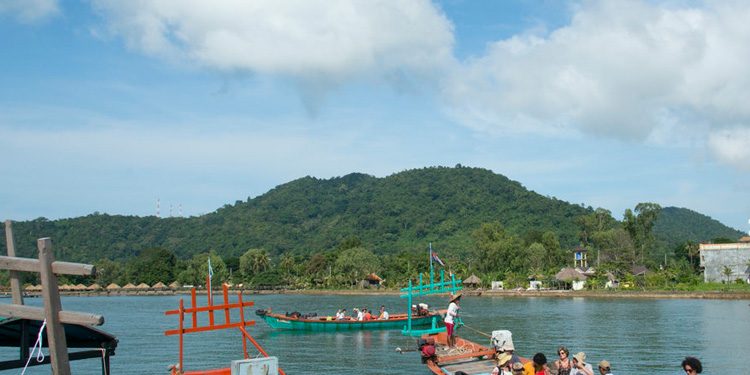 Four tourism poles and 251 development projects have been added to the newly completed master plan draft for tourism development in Kep province. It is slated for implementation through 2030.

Kep is seen as one of the nation’s high-potential provinces, attracting numerous development projects as a result. Its provincial administration recently revealed plans to build a new tourism seaport on Koh Tonsay Island and the creation of two beaches.

He said there are plans to further renovate Kep beach and launch beautification efforts at the Angkol Beach area, which has a new beach stretching from the east of Crab Market to the O Krasa mangrove forest area.

The new beach has shallow water and no biodiversity, so the authority plans to improve the area in order to diversify the tourist sites.  Currently tourists often gather at the existing Kep beach during festivals.

Chenda added there are a number of development projects planned, including the expansion of international sports and tourism products, the War Tourism Museum, and the organisation of trips to the archipelago (Kep has a total of 13 islands), which is in rich in biodiversity comprising coral, dolphins, pigs, fish and many rare species.  Plans also include the establishment of a mini-mall, night market, a food street and waterways connecting the international tourist port in Kampot to Kep, as well as the establishment of additional festivals and tourism events.

At the Inter-Ministerial Committee meeting last week, Tourism Minister Thong Khon, said that the master plan aims to develop and transform the coastal province of Kep into a “a relaxation and high-end tourist destination”.

To this end, efforts will focus on the attractiveness and the competitiveness of the region’s tourism sector regionally and globally to ensure equality, equity, transparency, sustainability and innovation.

“The master plan… will be the strategic document [for the rehabilitation and promotion of] the tourism sector in Kep province [both] during and after the COVID-19 pandemic,” Khon said.

He said nine key strategies were approved in the Inter-Ministerial Committee meeting. These included strategies for the development of the four tourism poles, investment, a Kep tourism corridor development, quality assurance and safe tourism. Human resources development, the marketing and promotion of Kep’s tourism, the management and development of other sectors that support Kep tourism, strengthening tourism production chains, innovation development and good governance, supervision, and assessment were the other points of discussion and priority.

The draft includes 49 detailed strategies, 95 action plans and 251 projects among its nine key programmes. The Inter-Ministerial Committee congratulated and supported the draft master plan and scheduled a follow-up meeting in March  before submitting it to the National Tourism Development Committee (NTDC).