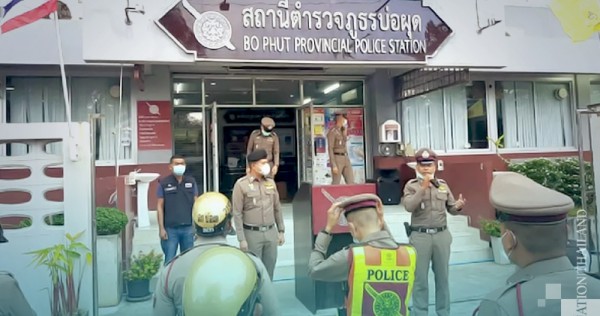 A police senior sergeant-major in Surat Thani province has been suspended from duties for allegedly raping a Myanmar drug suspect at a local police station.

The alleged incident reportedly took place at around 1.50am to 2.30am on Jan 13, when the suspect took a 21-year-old female Myanmar national, who had been detained at Bo Phut Police Station on a drug charge, out of her holding cell to another room. After allegedly being raped, she was taken back to the cell.

After the incident, the victim notified the Myanmar Embassy, which filed a complaint with Bo Phut police chief Pol Colonel Yutthana Sirisombat. Yutthana reportedly said that he had interrogated the senior sergeant-major, who partly admitted and partly denied committing the alleged crime.

The officer was then charged with raping a woman and is now under detention at Koh Samui Court, while the victim has been brought to Koh Samui Hospital for physical examination.