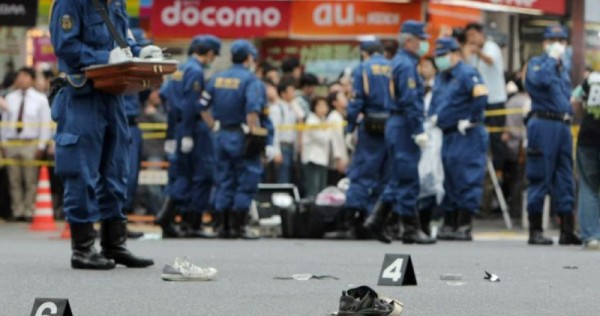 Few Japanese netizens are shedding tears over the execution of a man convicted of stabbing seven people to death in 2008, even as Japan comes under stinging condemnation from Amnesty International, with only sporadic voices online protesting the death penalty.

Tomohito Kato was hanged at a Tokyo detention centre on Tuesday (July 28) morning, more than 14 years after he drove a rented five-tonne truck into a crowd of pedestrians in the Akihabara district of Tokyo.

Three people died immediately and two were injured, with Kato stepping out of the vehicle to stab four more people to death and injure another eight.

Eye-witnesses say the death toll would have been higher if Kato had not been quickly confronted and overpowered by police.

The hanging came a day after Japan joined the US and other nations in condemning the executions of four political prisoners in Myanmar as “reprehensible acts of violence”.

Despite repeated criticism from rights groups, capital punishment remains broadly accepted in Japan, where there are around 120 people on death row at present. In the case of Kato, the consensus public view seemed to be that judicial authorities should not delay the meting out of death sentences.

“I cannot understand why it took so long for this to finally come to an end,” said Japanese citizen Kanako Hosomura, who was working within the vicinity of the incident when it took place.

“There was no debate over whether he did it and he took the lives of seven people, so why the delay?” she asked. “This just means that taxpayers’ money has been spent on feeding and clothing him for the last 14 years.”

In response to a report on Kato’s hanging in the Mainichi newspaper, an online contributor posted: “I think it took too long for him to be executed. The next time, the sentence should be carried out quickly and quietly. The public wants relief for the victims’ families.”

Another message pointed out that Kato’s brother reportedly took his own life out of shame for his actions.

Anger at the length of time it took for the sentence to be carried out was echoed on the Japan Today website, where one message stated: “Fourteen years to finalise a verdict.

Announcing that the sentence had been carried out, Justice Minister Yoshihisa Furukawa said Kato had perpetrated “an atrocious act that led to extremely serious consequences and had a major impact on society”.

Amnesty International called the hanging of Kato “a callous attack on the right to life”.

Kato entered a guilty plea and expressed remorse for his actions before being sentenced to death in 2011, with the punishment upheld after an appeal in 2015.

Amnesty claimed Kato was in the process of requesting a second retrial, adding: “Carrying out an execution during a request for retrial clearly violates international safeguards set out to protect the rights of those facing the death penalty.”

It urged Japan to immediately impose a moratorium on executions “as a first step toward abolishing the death penalty entirely”.

In a statement, the Japan office of Amnesty International declared: “Regardless of the crimes he had committed, he should never have suffered the ultimate cruel, inhuman and degrading treatment at the hands of the state.”

Kato’s execution was the second since Fumio Kishida became prime minister in October, with another social media post suggesting: “There must be others who deserve the same outcome.”

WHO says more than 18,000 cases of monkeypox globally, most in Europe