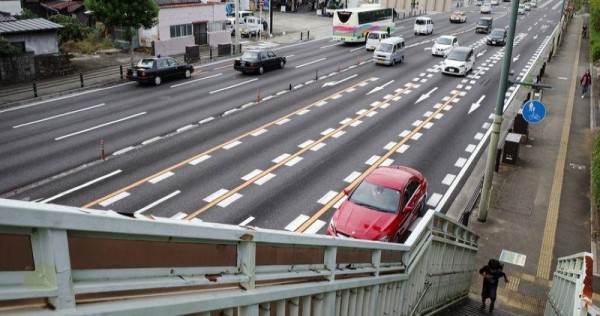 Japan is set to ban sales of new gasoline cars in around 15 years as part of efforts to reach a promise of realising carbon neutrality by 2050, local media reported on Thursday (Dec 3) .

NHK, the public broadcaster, said the Japanese government plans to phase out sales of new gasoline vehicles by the mid-2030s, adding that the goal is to turn from sales of vehicles that run entirely on gasoline to alternatives such as hybrid, electric and fuel cell cars.

The new policy could be announced as soon as next week, the Mainichi Shimbun said without citing sources. NHK said it could be adopted by the end of this year if it gets approved by a panel of experts.

The move follows Japanese Prime Minister Yoshihide Suga’s first policy speech in October in which he pledged to cut greenhouse gas emissions in Japan to net zero by 2050.

“Response to global warming is no longer a constraint on economic growth,” Suga said in his speech.

“We need to change our mindset that proactively taking measures against global warming will bring about changes to industrial structures, as well as the economy and society, and lead to major growth.”

Suga’s goal was a step forward from Japan’s previous target of reducing emissions by 80 per cent by 2050.

The goal was announced after China told the UN General Assembly this year that it plans to become carbon-neutral by 2060.

However, as a country heavily reliant on fossil fuels, Japan did not give a detailed plan on how it will achieve this goal.

In the car-sales sector, for example, the share of low-emission cars－both hybrid and electric－sold in 2019 accounted for 40 per cent and the new target aims to increase that share to at least 70 per cent by 2030.

In September, the state of California in the United States announced a goal for all passenger vehicles sold by 2035 to have zero emissions.

Pfizer applies for emergency coronavirus vaccine use in India: Report