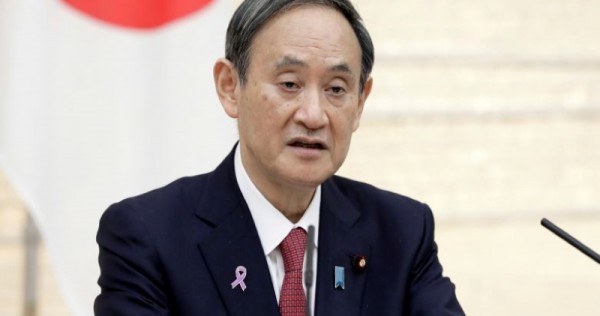 TOKYO  – Japanese Prime Minister Yoshihide Suga’s abrupt decision to partially pause a domestic travel campaign amid rising Covid-19 cases – after insisting it would go ahead – looks likely to cost him support and may cloud his chances of a long-term tenure.

Mr Suga, who took the top job in September after Mr Shinzo Abe resigned citing illness, has enjoyed solid ratings of over 50 per cent, buoyed by an image as a down-to-earth leader pushing popular policies such as lower mobile phone rates.

But critics said his reversal on a programme he has backed to bolster the economy even as new cases spiked was too little, too late, and risked leaving the image of a leader both stubborn and indecisive, without due care for public health.

“It’s a display of indecisiveness that gives people a lot of reason to be resentful,” said Sophia University professor Koichi Nakano.

Mr Abe’s support ratings never recovered after sagging on the perception that his response to the pandemic was flawed.

Mr Suga is serving out Mr Abe’s remaining term to next September and must win a ruling Liberal Democratic Party leadership race then in order to remain premier.

The policy fumble threatens his standing just two months into his premiership, with stiffer tests ahead, including the extent to which Covid-19 cases and deaths rise, and whether Tokyo can host the postponed Summer Olympics in 2021.

“His ratings will decline, almost certainly,” said independent political analyst Atsuo Ito. “The view may spread that he puts a priority on keeping the economy running rather than protecting people’s lives.”

In brief remarks on Saturday (Nov 21) – after a three-day holiday was under way – Mr Suga said the government would suspend new travel reservations to areas hard hit by Covid-19 under its “Go To Travel” programme, which subsidises tourism.

Critics of the programme have said it risks spreading the infection and mistakenly gives the public the impression it’s safe to let down their guard.

On Tuesday, the government said Osaka and the city of Sapporo in Hokkaido would be excluded as target destinations in the travel subsidy programme.

Government officials have repeatedly said travel itself does not spread infections if proper preventive steps are taken.

Mr Suga defended the travel campaign on Wednesday, telling a parliamentary panel only a sliver of users had become infected and it was “extremely effective to support regional economies”.

However, Kyoto University professor Hiroshi Nishiura, an infectious disease expert and member of a government advisory board, said it was clear greater movement of people boosted infection risk.

The experts advising the government – who last Friday had finally urged a partial pause in the travel programme – had been “somewhat forced” to accept policies to help the economy despite such increased health risks, he said.

Dr Kiyoshi Kurokawa, a physician and prominent scientific adviser to the government, said Mr Suga’s actions reflected a broader problem in his policymaking.

“He is making instantaneous decisions without listening or learning anything about it, which is a stupid thing to do,” Dr Kurokawa said. “He is losing some trust of the public.”

Opposition parties, who are also linking Mr Suga to an alleged Abe funding scandal, have also gone on the attack.

“The timing of the announcement was too late and both the timing and target areas are not clear,” Mr Tetsuro Fukuyama, secretary-general of the opposition Constitutional Democratic Party of Japan, said on television.

Mr Suga’s long-term future hinges on the outcome of a general election that must be held by October 2021.

“If the LDP loses a lot of seats, he may be held responsible,” said University of Tokyo political science professor Yu Uchiyama.