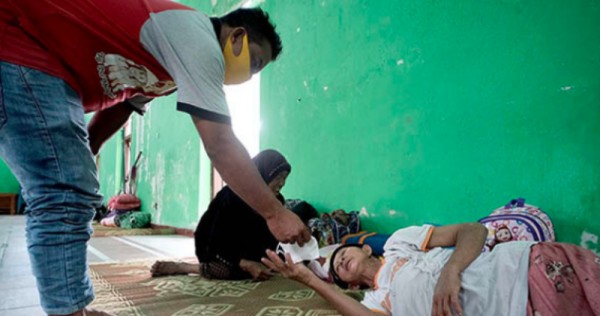 The coronavirus disease has continued to spread in the central and southern parts of Central Java, with spikes in cases attributable in part to a lack of awareness on Covid-19 and disease prevention.

As of Monday at 5 pm, there were 831 cases in Surakarta – the most in Central Java – 801 in Wonosobo regency, 772 in Cilacap regency, 713 in Kebumen regency and 568 in Magelang regency, according to official data from the province.

Meanwhile, the Covid-19 updates page on the Central Java administration website states that there are 48,273 cumulative cases, of which 7,036 are still under treatment, while 37,936 patients have recovered as of Monday at 12 pm. The data also recorded 3,301 deaths and 769 additional confirmed cases within the last 24 hours.

Wonosobo regency secretary Andang Wardoyo confirmed the spike in Covid-19 cases in the regency, stating that this was simply due to the government’s expanded efforts in tracing and tracking.

“People are still organizing events that could generate crowds, such as religious activities like Quran recitals. I have ordered for an evaluation to see if we have to impose stricter measures, such as limiting attendees to 50 people at the most,” he said as quoted by kompas.id.

According to Andang, the hospitals have enough capacity to accommodate new patients since a large number of asymptomatic patients are in self-isolation at home.

Since Wonosobo does not have its own laboratory to conduct polymerase chain reaction tests, all test samples have to be processed at laboratories at Purwokerto, Salatiga, Semarang, Surakarta or Yogyakarta.

“The results will come out within three to four days, even though we expected them to come out in a day since there are some people who neglected the health protocols while waiting for their swab test results,” Andang said.

Cambodia Business Council to be established in Bangkok