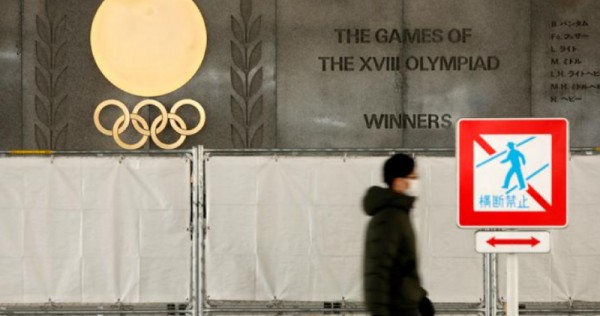 TOKYO – As Tokyo woke up to its second state of emergency on Friday, many people believe it will be difficult, perhaps impossible, to host the Olympic Games safely.

The Japanese government and International Olympic Committee (IOC) decided in March to postpone the Olympics by a year due to the novel coronavirus pandemic. The global sports showpiece is now slated to start in less than 200 days and run from July 23 to Aug 8.

However, a December poll by public broadcaster NHK showed a third of Japanese residents want the Games to be scrapped due to fears an influx of foreign arrivals may cause a further spike in Covid-19 cases. In the same poll, 31 per cent of respondents favoured another delay, while only 27 per cent said the Olympics should go ahead as scheduled.

“I think it’s difficult. It’s impossible to hold the Olympics,” said 75-year-old Tatsuhiko Akamasu, who was visiting Tokyo on Friday from nearby Saitama.

“It’s only two and a half months until the torch relay. I don’t think we can get the virus under control during this period.”

The 121-day torch relay, which normally heralds the countdown to the Olympic Games, will begin in Fukushima on March 25, an anticipated date as it was shortly before the event was due to start last year that the postponement decision was made.

“I think it is more likely that we won’t hold the Olympics, and I would rather the government make the decision at some point to cancel it,” said 74-year-old Hisashi Miyabe.

Over 15,000 athletes from across the world are expected to descend on Tokyo for the Games, leading to concerns they may bring new mutations of the virus to Japan.

“I think the interaction between people will cause further spread of the coronavirus, and it is more likely that the virus may mutate if the infection numbers are increasing. I feel that is a bit scary,” said 23-year-old student Yuki Furusho.