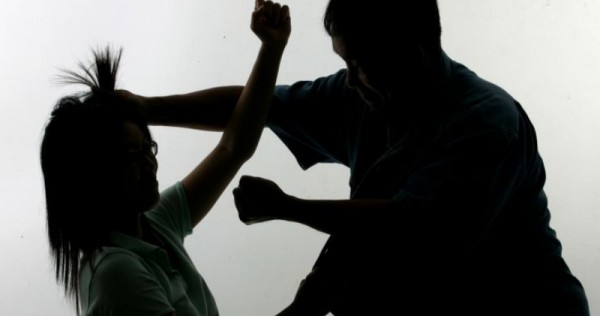 “She would send WhatsApp messages to our hotline early in the morning or at noon, when her husband was asleep,” said Uli Pangaribuan, a lawyer representing a victim of domestic violence, about how her team was contacted last month.

“She was very discreet,” Uli from the Legal Aid Foundation of the Indonesian Women’s Association for Justice’s Jakarta office (LBH Apik Jakarta) told The Jakarta Post on Saturday.

“She asked for our help but forbade us to contact her out of fear that her husband, who had been working from home for the past three months, would notice.

“She never called. She only texted, and she immediately deleted all the messages after she updated us.”

The woman told LBH APIK that her husband had physically and sexually abused her during quarantine but that she could not flee because she had nowhere to go and he watched her every movement.

“She said he had often beaten her in front of the children,” Uli said.

“It took almost a month to finally help get her and her children out of the house and place them into a safe house. She left the house quietly one morning while her husband was asleep,” Uli said.

“Similar situations have happened to many others who contacted us, which is horrifying because they cannot leave their houses like on normal days before the Covid-19 pandemic.”

As the coronavirus has forced people to stay home, women living with violent partners have found themselves increasingly isolated from others and from resources that can help them.

They have been trapped with their abusers in their own homes and have been exposed to increased violence.

Not every victim can leave the house and find shelter, especially when they rely financially on their husbands and have no family or friends nearby to help.

Some victims seeking help from LBH APIK are in this situation. Many of them have decided to bear life in the abusive environment “until the pandemic shows signs of easing”, Uli said.

Access to domestic violence shelters during the pandemic, Uli said, had become more important than ever.

However, state-owned shelters required victims to provide documents showing negative polymerase chain reaction (PCR) or rapid antibody test results and proof that the victim had lodged a formal complaint with the police before the shelter accepted the applicant.

“They are afraid, abused, traumatized, trapped for months during the pandemic. Yet they are required to go to the police station first and need to think about how they will get the rapid test.

“Not to mention that not all of them have money for the test,” Uli said.

“These long processes take time and prevent them from getting immediate help.”

The absence of a fast government response has prompted LBH APIK to provide independent emergency shelters for the victims. Some other independent entities have provided similar shelters.

LBH APIK is seeking more funding to support its independent safe houses. They are also accepting donations of basic daily supplies for victims living there.

“Victims can no longer stay at their own home; they need to recover. Rapid tests can be taken later. Hopefully, [Indonesia] will apply this,” she said.

Another challenge, Margaretha said, was that there were no facilities available that allowed the police to receive and investigate the cases online during the pandemic.

While the number of cases of gender-based violence during the pandemic has been quite high, lawmakers dropped a long-awaited sexual violence eradication bill from this year’s legislative priority list earlier this month, a move activists have described as ironic.

The bill, if passed into law, would make the government responsible for giving victims of sexual abuse protection and access to justice.

Under the current law, victims are not entitled to any help from the government. They have to spend their own money to bring their cases to court or for counseling and rehabilitation.

“The pandemic shows how pivotal it is to pass the bill into law,” Uli said.