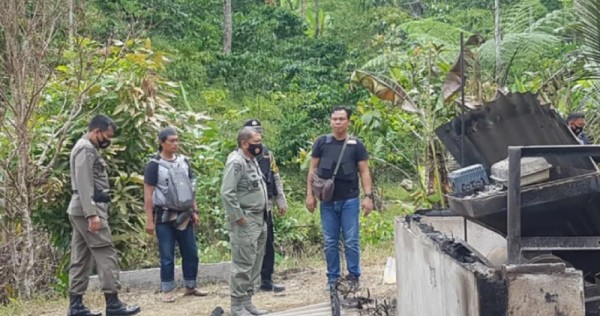 The Indonesian armed forces (TNI) was set to deploy a special unit to Poso in Central Sulawesi to assist in a manhunt for members of a terrorist group who murdered four villagers and destroyed six houses in a village last week.

TNI commander Air Marshal Hadi Tjahjanto said the special unit was due to be deployed on Tuesday (Dec 1) morning to help in the hunt for members of the extremist East Indonesia Mujahidin (MIT), thought to have been responsible for the attack.

“Tomorrow morning, a special unit will be deployed from the Halim (Perdanakusuma Airbase) to Palu and will later be stationed in Poso to strengthen the existing unit (in the region),” Mr Hadi told a press conference on Monday.

He said the unit will provide full support to the national police in hunting down the MIT.

President Joko Widodo has condemned the killings in the Sigi region, saying the government would provide financial compensation to the families affected by the incident.

He called for calm and patience as the government, through the police and military, worked toward apprehending those responsible for the attack.

“Such a heinous crime was clearly aimed to provoke and at creating terror among the public to ruin national unity and harmony,” Mr Joko said on Monday. “I once again emphasise that there is no place in our homeland for terrorism.”

The four residents of Lembantongoa village in Sigi who were killed were all Christians, a church group and human rights activists said as reported by Reuters.

A meeting place for local Christians and six houses were destroyed in the blaze. Two victims were beheaded and the other two died of severe burns.

House of Representatives Commission I member Major General (retired) TB Hasanuddin noted that the terrains around Poso, especially the area patrolled by the Tinombala joint police-military operation, could prove to be fertile ground for guerrilla movements.

“The area is well-suited for guerrilla warfare and it so happens to be (occupied) by the MIT terrorist group,” Mr Hasanuddin said as quoted by tribunnews.com.

Brigadier General Farid Makruf, commander of the 132/Tadulako Regional Military Command in Palu, Sulawesi, denied that the attack targeted a specific religious group as it had also affected non-Christian families in the area.

Activists have urged the central government and the Central Sulawesi administration to take swift action to ensure that the attack would not further polarise the public.