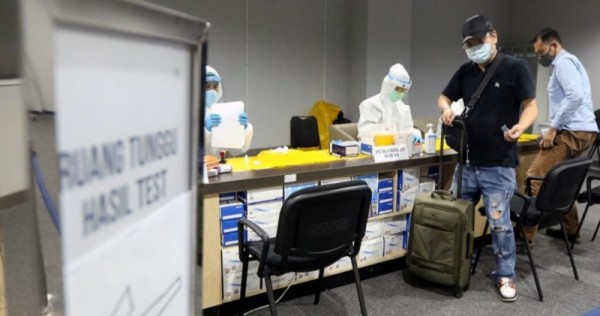 A medical worker accused of sexual misconduct and extortion by a person who underwent a rapid Covid-19 test at Soekarno-Hatta International Airport in Tangerang, Banten, has disappeared after being named a suspect.

Jakarta Police spokesperson Sr. Comr. Yusri Yunus said the police had complete information about the suspect and had deployed a team to hunt him down.

“Our team checked the rooming house he was staying, and he wasn’t there,” Yusri told reporters on Wednesday, as quoted by kompas.com .

Previously, the Soekarno-Hatta Airport Police’s criminal investigation unit named the accused a suspect but did not immediately arrest him.

The Jakarta Police have checked CCTV footage and asked for clarification from the Covid-19 test organiser at the airport.

The story went viral after the victim shared her experience on Twitter, saying the incident occurred on Sept 13 when she was about to fly to Nias, North Sumatra.

In response, clinical laboratory firm PT Kimia Farma Diagnostika, a subsidiary of publicly listed pharmaceutical company PT Kimia Farma, has said it will pursue legal action against the medical worker, who is an employee of the company.