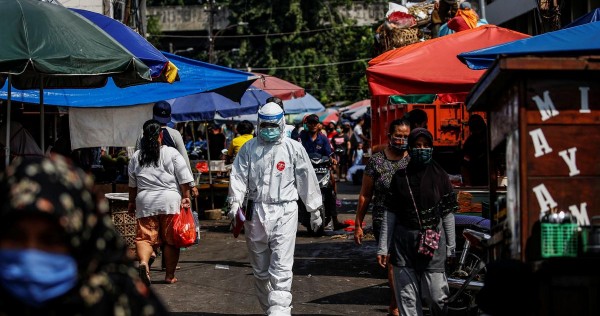 JAKARTA – Indonesia overtook China on Saturday as the country with the most confirmed coronavirus cases in East Asia with 84,882 infections, and authorities said the actual infection rate could be higher due to undetected cases.

China, where the first cases of the coronavirus were reported late last year, has had 83,644 cases as of Friday, with 4,634 deaths.

Epidemiologists have criticised the government for imposing milder restrictions than its neighbours to control the pandemic and for the limited scope of testing.

Some restrictions were eased in early June, even as cases continued to rise, to allow for the resumption of some economic activity.

The country’s most populous province, West Java, will begin fining people who are not wearing face masks in public places starting July 27, its Governor Ridwan Kamil said on Twitter.