In Sri Lanka, turmeric is being exchanged for gold on the black market 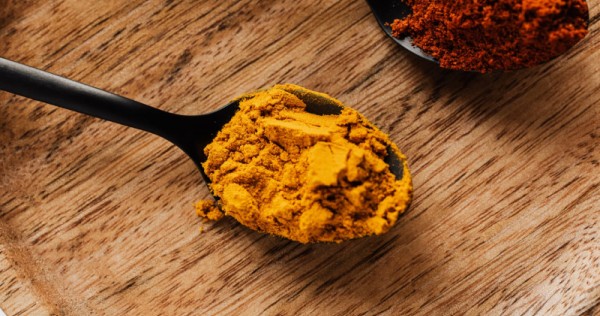 Turmeric, a key spice in many South Asian cuisines, has been so ubiquitous in the region it is hard to imagine it would feature in a black market.

Valued for both its flavour and health benefits, the humble ingredient is commonly used in dishes from stews to soups to curries, and it’s also added to beverages like tea. Proponents believe turmeric has antioxidant and anti-inflammatory qualities that help people to boost their immunity to diseases.

In Sri Lanka, health practitioners have been among those trumping up the supposed benefits of turmeric during the coronavirus pandemic, causing demand to skyrocket – and giving smugglers a lucrative new sales product at a time much of the supply has been cut off.

According to official figures, Sri Lankans consumed about 7,500 tonnes of turmeric in 2019, but the country cultivated some 2,000 tonnes, meaning it has largely been reliant on imports.

In December, about a month before Sri Lanka saw its first Covid-19 case, President Gotabaya Rajapaksha’s new government banned the import of a range of spices – including cinnamon, ginger, nutmeg and turmeric – in a bid to bolster domestic produce.

While it used to cost 350 Sri Lankan Rupees (S$2.60) per kilogram before the pandemic, the price of turmeric now goes up to US$27 per kilogram – accounting for a 13-fold increase.

Some people are willing to part with more. As if signalling the price the yellow spice presently commands, a bag of 100kg smuggled turmeric is exchanged for up to 1kg of gold.

Authorities from both countries have seized multiple consignments of turmeric over the past few months amid a crackdown on smuggling activity in the vast Bay of Bengal waters.

In the Indian state of Tamil Nadu, coastal authorities said they had confiscated 4,685kg of turmeric in a single district in the last two months. Seven people were in custody after confessing they attempted to smuggle turmeric bags using boats and fishing trawlers.

Similarly, Sri Lankan Navy has seized more than seven tonnes of smuggled turmeric from their side until August. Local fishermen from both nations are believed to be involved in the underground trade.

In the past, high-priced commodities like gold, marijuana and sea cucumber were smuggled by notorious cartels but this is a first for a common item like turmeric.

“We’ve stepped up our intelligence-gathering efforts in the region and increased our sea patrols to curb the rapidly growing smuggling activities,” said R Chinnawamy, superintendent of police at the coastal district Nagapattinam.

“It is difficult to catch the perpetrators as turmeric is a commonly used product and there is no restriction for its movement within Tamil Nadu. So, the smugglers easily transfer the spice in large quantities from turmeric-growing region to coastal areas under the pretext of domestic use,” he added.

RKV Ravishankar, president of India’s Erode Turmeric Merchants Association, said there had in recent months been an unusual uptick in demand for turmeric from the coastal districts indicating that their final destination must be Sri Lanka. Erode is one of India’s largest turmeric-producing areas.

“We’re selling the bags at 60 Indian rupees (S$1.10) per kilo and the price in Sri Lanka is 4,000 Sri Lanka rupees per kilo,” he said. “Naturally, smugglers will capitalise on the situation.

”Those living in the coastal areas who have access to fishing boats and have the knowledge of cross-border transactions, they can land a bounty even if they secure one or two tonnes of turmeric.”

The spike in demand has also resulted in fears about the adulteration of turmeric powder. Additions like rice flour, wheat flour or even yellow dye powder – which could be hazardous to health – are added to turmeric to sell at a cheaper price.

Meanwhile in Sri Lanka, the government is determined to keep the import ban and see through its aim of boosting domestic growth, despite the rampant turmeric smuggling and the fact that tonnes of confiscated spices are still lying on the island’s western shores.

The administration said it expects Sri Lanka to be able to produce all the turmeric it needs to meet local demand by next year.