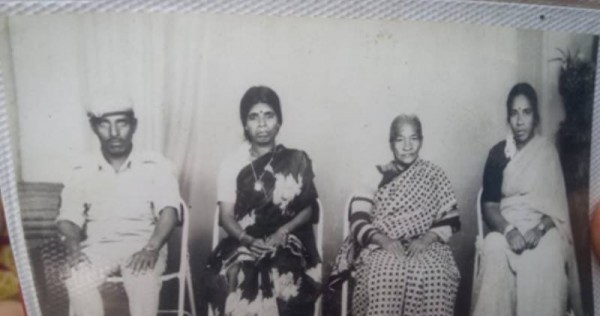 While some past associations of Chinese and Indians are recorded in history, there are stories that are relatively unknown and still fascinating.

A recently released documentary aims to shed light on one such community-“Chinese Tamils”-by retracing the journeys of Chinese men who went to India in the 19th century, in many cases not voluntarily, and settled in the southern state of Tamil Nadu.

India was then under British rule as were Hong Kong and Malaysia, the three locations where the film’s director Joe Thomas Karackattu, head of the China Studies Centre at the Indian Institute of Technology in Chennai (previously Madras), scoured colonial archives and conducted interviews for Those 4 Years.

The title refers to the 1865-69 period when prisoners from the Straits settlements (former British colonies in Southeast Asia) arrived in Madras presidency, an administrative unit of British India, to serve their sentences while doing civil works. Among them were those convicted in Hong Kong for offences, ranging from piracy to watch theft, the film’s citing of prison records shows.

The film mentions that sometimes prisoners from Hong Kong, being transported to Bombay (now Mumbai) by British East India Co ships through Singapore and Penang in Malaysia, tried to escape en route.

After the Bombay presidency stopped accepting settlement prisoners around 1863-64, they were sent to Madras.

“The prison records relating to the Nilgiris bring out the distinct groups of Chinese who were there-those that spoke a dialect, which was not used in the Straits settlements,” Karackattu told me.

An interviewee in the documentary says a well-known school in Tamil Nadu was built by the prison workers.

The Chinese men who continued to live in the southern Indian hills married local Tamil women and worked on tea and coffee plantations and sold dairy products, according to their third and fourth-generation descendants in India, as shown in the film.

Karackattu, among a new generation of Indian Sinologists, said he self-funded the project. A screening by Hong Kong Baptist University is scheduled in January.

Other than the “history of transportation”, the film explores a “tea history” connecting Chinese people from Shanghai to Garhwal in northern India.

An employee of the British East India Co, named Robert Fortune, collected tea in disguise in China from areas that are present-day provinces of Anhui, Zhejiang and Fujian, the film claims.

He returned to India with eight workers from Shanghai who were asked to teach farmers in the Garhwal region how to grow tea.

It is unclear whether the tea workers had willingly settled there. An interviewee says in the film “when the British left India, the Chinese people stayed back”.

Author and historian S. Muthian M.B.E. notes more archival evidence is needed to establish the history of Indian-Chinese lineage in the Nilgiris.

“I’m only saying it is possible,” he says in the film.

In Sri Lanka, turmeric is being exchanged for gold on the black market