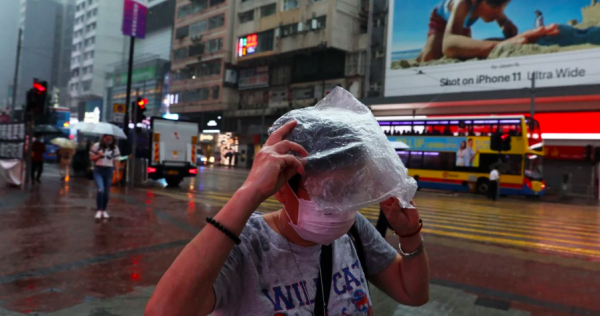 Hong Kong’s Observatory issued a red rainstorm warning signal for the city at 10.35am on Monday.

Classes at afternoon schools have been suspended, and the forecaster said further heavy rain could cause serious road flooding and traffic congestion.

“Heavy rain will bring flash floods, and flooding is occurring or is expected to occur in watercourses,” it said. “People should stay away from watercourses.”

The signal was downgraded to amber about an hour later.

The Education Bureau announced that classes at all afternoon schools would be suspended. But classes for morning schools, and whole-day schools that are already taking place would continue as normal.