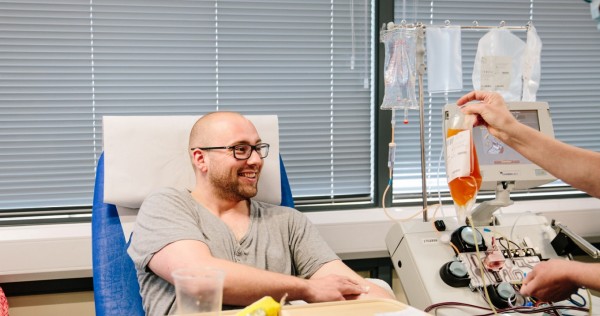 Patients with severe COVID-19 given plasma from someone who recovered from the disease were more likely to stabilize or need less oxygen support than other similar hospital patients, according to results of a small US study released on Friday.

The study showed a trend toward better survival rates, but the number of patients was small and the results cannot be interpreted as applying to patients on mechanical ventilators, researchers at New York’s Mt. Sinai Medical Center said.

“This is a retrospective case-controlled study. It does not have the rigour of a randomized, controlled trial so that still needs to be done,” Dr. Nicole Bouvier, an infectious disease specialist at Mt. Sinai and the study’s lead author, told Reuters.

“This does show promise that convalescent plasma is effective.”

As of May 1, nearly 13 per cent of plasma recipients had died, compared with more than 24 per cent of the control patients, with 72 per cent and 67 per cent, respectively, being discharged alive.

People who survive an infectious disease like COVID-19 are left with blood containing antibodies, or proteins made by the body’s immune system to fight off a virus. The blood component that carries the antibodies can be collected and given to newly infected patients – it is known as “convalescent plasma”.

Hospitals around the world have been using plasma donated by recovered COVID-19 patients, but there has been little information on how effective the treatment is.

The US Food and Drug Administration on May 1 gave emergency approval to Gilead Sciences Inc’s antiviral drug remdesivir for COVID-19 based on data showing that it reduced hospitalisation time by 31 per cent compared to a placebo, but did not have a significant effect on survival.