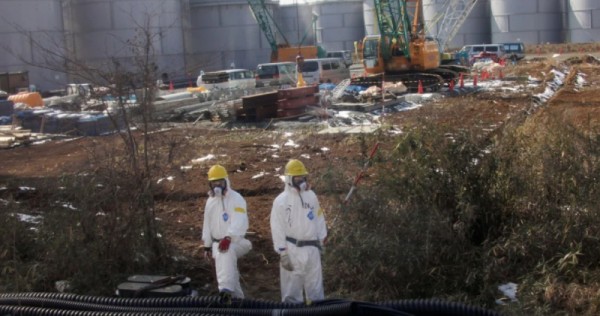 In defiance of dire warnings from environmental groups, pleas for a rethink from the prefectural governor and the anger of local people, preliminary surveys have commenced in two tiny communities in Hokkaido to determine their suitability for a vast underground storage bunker for highly radioactive waste from Japan’s nuclear reactors.

The national government has been looking for a final repository for the thousands of tons of debris that has been produced since the nation’s first reactor became operational in 1966, but potential hosts have always balked at the potential dangers associated with waste that experts warn may take 100,000 years to reach safe radiation levels.

Finally, however, the local councils in the town of Suttsu and the village of Kamoenai, on the remote northwest coast of Japan’s most northerly main island, have given their consent for the first two-year stage of a process that could ultimately take 20 years to complete.

By law, the waste from uranium and plutonium must be stored in concrete structures at least 300 metres underground and not affect the environment or the lives of local residents.

Experts from the Nuclear Waste Management Organisation of Japan (NUMO) started work on Nov 17 and are using geological mapping and academic resources to examine the geographical layers in the broader region, as well as determining the strength of the bedrock.

Once that study is complete, a second-phase study, also lasting two years, will involve drilling in the most suitable locations to verify the data.

Most important, from the two communities’ perspective, the first phase of the project will net each of them 2 billion yen (S$25 million) in subsidies from the national government. The subsequent survey is worth an additional 7 billion yen.

That is a lot of money for Suttsu, which is home to 2,893 people and earned 5.3 billion in tax revenues in 2018, and Kamoenai, which has around 800 residents and brought in some 2.1 billion yen in the same year.

And like many other rural communities across Japan, these towns are shrinking as young people move for the bright lights and job opportunities of the big cities. And with little in the way of local industry – some coastal fishing, a little tourism in the summer months – the extra money would come in very handy.

The local governments are playing their cards close to their chests on the sudden windfall, however, with officials from Suttsu declining to comment and a spokesman for Kamoenai telling This Week in Asia , “We have not received any money yet and no decisions have been made on using it.”

Yet environmental groups caution that the long-term cost may far outweigh the short-term cash boost they are receiving.

“The only feasible reason for these towns agreeing to these studies is the money,” said Nishio Baku, joint director of the Tokyo-based Citizens’ Nuclear Information Centre. “This just goes to underline the desperate financial positions of small towns and villages across Japan. Politicians really need to find proper solutions to these economic problems.”

The dangers associated with an underground nuclear waste dump are clear, Baku said, and local people do not have to look far for evidence of what can go wrong.

“The Fukushima nuclear disaster showed very clearly that unforeseen situations do occur and geological disposal is something that we do not yet know enough about,” he said, referring to the nuclear accident that occurred at the Fukushima Daiichi Nuclear Power Plant in March 2011 following an earthquake and tsunami. “This is a serious cause for concern.

“Radioactive materials could leak over the very long period of time they remain dangerous,” Baku added. “They could seep into underground water sources and rise to the surface. There are also dangers associated with earthquakes of volcanic activity.”

Those concerns are echoed by Shaun Burnie, senior nuclear specialist for Greenpeace, who said the primary driver behind the project, and the vast sums of money being spent, was “political”.

In a written request to the Ministry of Economy, Trade and Industry dated Nov 18, he requested that no nuclear waste be transported to Hokkaido and that his administration and local people be kept “fully informed” of developments in the survey.

Opinions in Suttsu and Kamoenai appear to be divided, with a village official in Kamoenai telling This Week in Asia that there was “no clear indication” of the numbers of local people in favour or opposed to the project and the manager of the Iwanai Marine Hotel, who did not want to be named, saying that she had “not really been thinking about it”. The town of Iwanai falls between Suttsu and Kamoenai.

Yet tensions are unquestionably running high among some local residents.

The evening before Suttsu Mayor Haruo Kataoka confirmed that he was approving the preliminary study, an improvised firebomb was hurled against a window of his home. Police later confirmed that they had arrested a 77-year-old local resident in connection with the incident. There were no injuries.