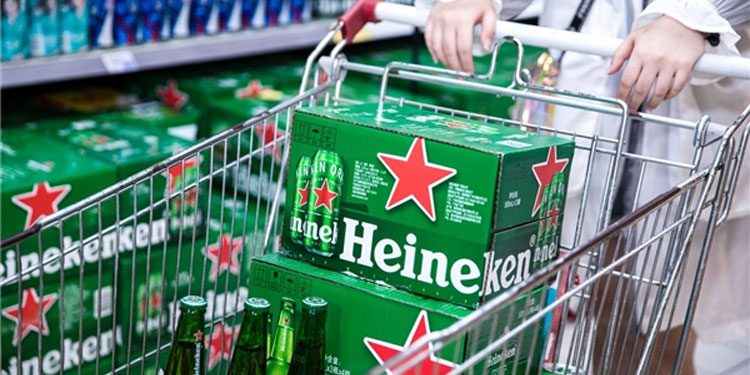 HEINEKEN Cambodia has completed the vaccination of almost 80 percent of the company’s 700-strong workforce and contractors as part of a three-week vaccination campaign.

With the health and safety of all employees in mind, the company organised the vaccination drive at their premises with the assistance of the Ministry of Labour and Vocational Training.

The vaccination campaign took place over a three-week period.

Anne Ollivier, HEINEKEN Cambodia Director of Corporate Affairs said: “People are at the heart of our company. And health and safety always comes first. It was important for us to organise this vaccination drive as fast as possible to keep our employees and people connected to our business safe.”

A team of government appointed doctors and nurses were on hand for the administration of the vaccines while a team from the Ministry of Labour and Vocational training were also present to oversee the proceedings.

Ollivier added: “We at HEINEKEN Cambodia are extremely grateful to the Royal Government of Cambodia for making this vaccination drive possible for our company. The Ministry of Labour and Vocational Training team is doing a fantastic job on the ground to bring the vaccines to as many companies as possible while ensuring a high level of safety.”

As an extra incentive – and as part of its effort to support the Royal Government of Cambodia’s vaccination drive – the company also held a lucky draw for those who completed their vaccination programme.

Those who completed their vaccination programme had their names entered into a lucky draw to become eligible to win one of three bicycles.

The company, present in Cambodia as CBL since 1994, employs nearly 700 staff, and supports jobs for tens of thousands of people across its value-chain from rice fields to shops. The brewer recently changed its name in Cambodia from CBL (Cambodia Brewery Ltd) to HEINEKEN Cambodia.

In a recent announcement, Cambodia’s Director-General of the General Department of Taxation (GDT) Kong Vibol recognised HEINEKEN Cambodia as the nation’s top taxpayer.

The company has invested more than $230 million in its local brewery over the last five years. The group currently brews five brands in Cambodia to the highest quality standards, catering to all tastes.

Under the adage BREW A BETTER CAMBODIA, HEINEKEN Cambodia has significantly reduced the amount of water the group uses to brew its products, achieving the status of one of the most water-efficient breweries in the whole Asia-Pacific region.

The group has also reduced carbon dioxide emissions by 50 percent since 2013.

In addition, the group has invested in a multi-million dollar waste-water treatment plant at its brewery on the outskirts of Phnom Penh. It is the first of its kind in the country.

The company  leads the way as a socially responsible business with ten percent of the Heineken brand media budget being spent on promoting responsible consumption with its “When you Drive, Never Drink” campaign.

The company also advocates transparency by providing information on ingredients and nutritional values on all of its beer brands.