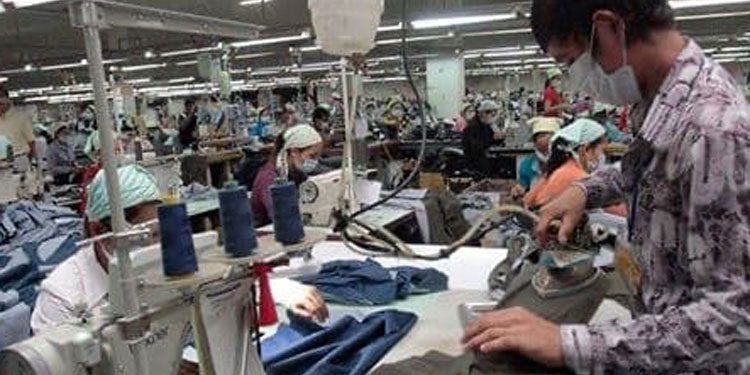 The Garment Manufacturers Association in Cambodia (GMAC) has rebuffed calls for workers to be paid in full for the lockdown period by saying that the “principle of no work, no pay must prevail”.

“Companies are under no obligation to pay wages during the lockdown period,” Ken Loo, secretary-general of GMAC, told Khmer Times.

“Employers are also in a very difficult position because of the reduced productivity and loss in purchase orders during the whole of 2020,” he added.

Thousands of garment workers and hundreds of factories were affected in April after thousands of Covid cases were found among the workers.

As a result, all factories in the capital and Takhmao city were forced to close temporarily after an April 15 order. Loo said that consequently, some factories faced penalties for missing deliveries while others pay exorbitant freight charges to get products delivered.

The Ministry of Industry, Science and Innovation last week revealed that 203 garment factories had permanently closed since the first outbreak began.

“We are at an extremely important juncture for the garment industry and at this point we have to consider the most sustainable path forward for all stakeholders, including garment workers. GMAC’s focus currently is to support workers and factories in the best way that we can. Garment manufacturing is a cornerstone of the economy and jeopardising it by applying measures haphazardly could be disastrous,” Loo stressed.

Already, GMAC has urged factories to provide an allowance on humanitarian grounds, but companies’ ability to provide allowances is contingent on their individual finances, he said.

The Labour Ministry previously said that there is no law on the books requiring that employees are paid their full salary during quarantine or lockdown periods.

Previously, the government issued a $40 stimulus to all workers in the garment sector and a further $30 was provided by factory owners.

In April, the Ministry of Labour and Vocational Training said that workers unable to work during lockdowns in Phnom Penh and Kandal province would receive 50 percent of their salary for that month.

The Kingdom has registered substantial minimum wage increases over the last decade with Prime Minister Hun Sen brushing off pressure from trade organisations for more modest increases for nearly a decade.