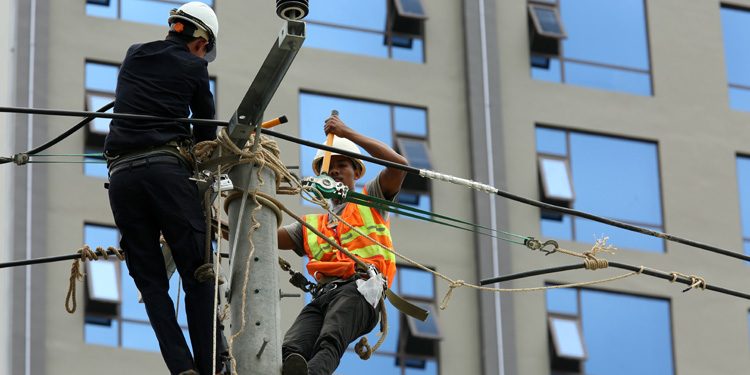 The funding will go into upgrading and expanding the power grid for the country’s rural network, which will contribute to the reaching of Cambodia’s ambitious targets in reducing greenhouse gas emissions and delivering on its promise of universal energy access by 2030.

The new investment follows an initial 30 million euros reduced-interest loan committed in 2018, bringing Germany’s investments in improvement measures in energy efficiency in the Kingdom to 60 million euros in total.

According to the German embassy, the 2018 investment has already resulted in the reduction of 20,000 tonnes of CO2 emissions per annum, a 20 percent increase of net energy transmitted via the upgraded grid, and providing an additional 15,000 households with access to electricity.

The German Ambassador to Cambodia Christian Berger said, “A better power grid is good for the people, good for the economy and good for the planet. The German investment aims at better energy access, lower energy costs, a more reliable energy supply and fewer greenhouse gas emissions.”

Off-grid solutions include the 13.2 percent of households that have access through solar home systems capable of powering a television or fan, the 0.8 percent that use a solar lantern or solar lighting system, which can typically provide lighting and phone charging, the 11.5 percent that use rechargeable batteries and another 0.6 percent using other connections.

His comments were made at the invitation-only “Leader-Level Virtual Climate Ambition Summit” held via video conference on Saturday.

The Prime Minister said, “Even though Cambodia [emits] fewer greenhouse gases at the global level [compared with other nations], the country is highly committed to solving the issue depending on its capacity and available resources.”

Cambodia’s Nationally Determined Contributions Update on reducing national emissions and adapting to the impact of climate change will be submitted to the Secretariat of the UN Framework Convention on Climate Change at the end of this year.

The Prime Minister added that Cambodia has incorporated a new and specific target of reducing greenhouse gas emissions by 38.9 tonnes of carbon dioxide equivalent by the year 2030, with the new target also including a goal of generating 25 percent of the nation’s electricity needs from renewable energy in the same timeframe.

“Climate change is a cross-cutting phenomenon which needs to be addressed with a collective and comprehensive solution package balancing between social, economic and environmental dimensions,” said Mr Hun Sen.

“Dealing effectively with the problems caused by climate change will contribute significantly to sustainable and inclusive socio-economic development in the future.”

The PM also appealed to all countries to join hands and fulfill the respective obligations (reached) in the existing strategic action plans, mechanisms and agreements in a highly responsible spirit.

“Cambodia has committed to formulating a long-term strategy in 2021 to achieve carbon neutrality. To carry out the long-term strategy successfully, Cambodia calls on all developed countries to fulfill their promised obligations, both in providing financial support and technology transfers,” said the prime Minister.

Cambodia has sold about $11.6 million in carbon credits from conservation

Cambodia clothes, Cambodia footwear and Cambodia travel goods were down 9% in export in the first 10 months