Cambodia has sold about $11.6 million in carbon credits from conservation 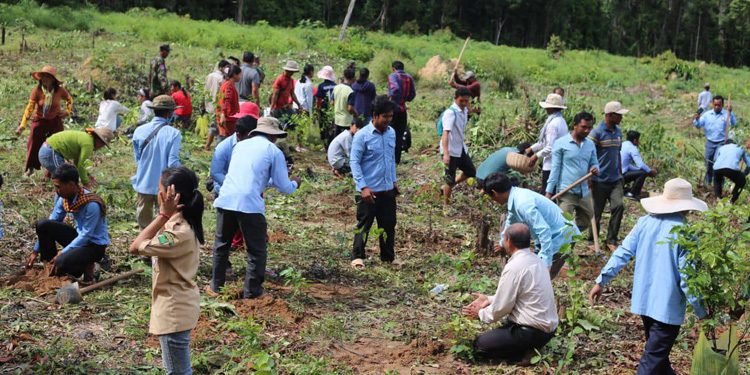 0
SHARES
14
VIEWS
Share on FacebookShare on Twitter
Cambodia has sold about $11.6 million in carbon credits, from 2016 to this year, accrued through the conservation of its biodiversity.

The Environment Ministry said yesterday that the conservation efforts involved an area of 7.3 million hectares, equivalent to 41 percent of the country’s land area.

He said the conservation efforts were made through the REDD+ programme which aims at protecting forests for the national interest and to contribute to global climate change mitigation under the United Nations Framework Convention on Climate Change.

The REDD+ programme is an international mechanism of the United Nations Framework Convention on Climate Change (UNFCCC) to incentivise developing countries to reduce greenhouse gas emissions from deforestation and forest degradation.

The government has officially endorsed REDD+ as a crucial strategy to combat the impact of climate change through the reduction of greenhouse gas emissions from deforestation and forest degradation.

The effective implementation of REDD+ policies and measures are contributing to socio-economic development and promoting the transition toward sustainable development.

Khorn Saret, head of the REDD+ Secretariat and deputy director-general of the Forestry Administration, said in a video posted on Sunday that the implementation of REDD+ will not only support the sustainable management and conservation of forest resources and biodiversity, but also protect and benefit local communities and preserve their cultures and customs.

“In addition, we have provided support to improve community livelihoods, creating opportunities for the poor, indigenous, local communities and other marginal communities. Therefore, they have been able to participate in decision making and benefitting from REDD+,” he said.

Saret added that REDD+ implementing countries shall ensure that activities do not have any negative impact on the environment and society.

“Cambodia is making the necessary efforts to ensure that safeguards will be addressed and respected in an appropriate manner. Implementation of REDD+ activities starts with building capacities of local communities, so they understand the impact of deforestation and forest degradation,” he said.

According to Saret, deforestation activities could be due to poverty, lack of alternative livelihood options and include unsustainable extraction of forest and timber products, encroachment, unsustainable social and economic development and a lack of community engagement and participation in forest management.

“Cambodia has implemented safeguards at three REDD+ projects. The first is with the Fisheries Administration in the wetlands in Sarsar Sdam commune at the Tonle Sap lake. The second is with the General Department of Administration to protect and conserve the Phnom Kulen National Park in Siem Reap province. The third, with the Forestry Administration, is in Samrong Partnership Forestry in Pursat province.” he added.

Saret said the projects promote community participation and increase job opportunities for poor women, especially widows with many children, and families with disabilities to improve their livelihoods.

This article was first published in Khmer Times. All contents and images are copyright to their respective owners and sources.
Tags: CambodiaNeth PheaktraPursatSiem Reap
Previous Post