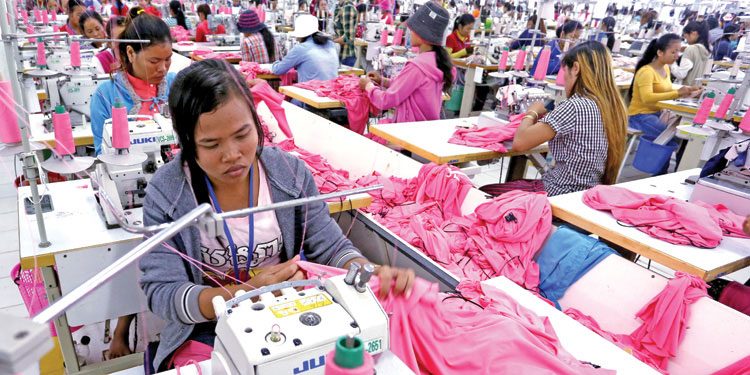 Reeling from the twin effects of the COVID-19 pandemic and the partial revocation of EU’s Everything but Arms (EBA) trade benefits, Cambodia’s garment manufacturers association has filed a case against the European Commission.

GMAC in its suit said that the EU executive had failed to properly assess the proportionality of the move for the garments, footwear and travel goods sectors, and has violated the industry’s “right to good administration” under the EU treaties.

Despite intensive lobbying, the Commission pressed ahead with a decision to withdraw the “Everything but Arms” (EBA) preferences which came into force on 12 August, affecting about one fifth of Cambodia’s exports to the EU.

Garments, footwear and travel goods sectors totalling €1.1 billion in exports are now subject to general World Trade Organisation tariffs, in a move aimed at putting economic weight behind the EU’s calls for an improvement of the human rights situation in the country.

The European Commission began the procedure to partially withdraw Cambodia’s preferential access to the single market in 2018.

The EU’s decision came after the dissolution in November 2017 of the Cambodia National Rescue Party (CNRP.)

However, the EU has entered into similar agreements with Cambodia’s larger neighbour although the government there is a totalitarian in nature and whose human rights, especially against ethnic minorities fares much worse than Cambodia.

he Commission has so far maintained that “there has not been any significant progress made on the issues of concern” but said it may review its decision “if the government of Cambodia shows significant progress, particularly on civil and political rights”.

The trade sanctions affect about €770 million worth of exports in clothing garment, €210 million in footwear and €120 million in travel goods. The withdrawal of preferential access to the EU market concerns approximately 20% of Cambodia’s exports to the EU.

According to its membership survey, footwear manufacturers saw an average 20-40% decline in production volumes per factory in the first half of the year.