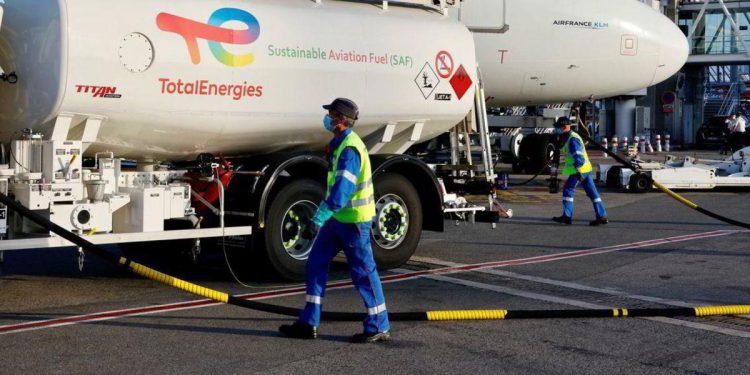 French energy giant TotalEnergies said Tuesday it has decided to halt all its purchases of Russian oil and petroleum products by the end of the year at the latest.

The French company said in a statement it will “gradually suspend its activities in Russia” amid the worsening situation in Ukraine. It stressed “the existence of alternative sources for supplying Europe” with oil.

In its statement, Total committed to ensure “strict compliance with current and future European sanctions, no matter what the consequences on the management of its assets in Russia.”

Russia represented 17% of the company’s oil and gas production in 2020. In addition, TotalEnergies holds a 19.4% stake in Russia’s natural gas producer Novatek.

The French conglomerate, which reported about $190 billion in revenue last year and nearly $16 billion in profits, also has a 20% stake in the Yamal LNG project in northern Russia. Total said it continues to supply Europe with liquefied natural gas from the Yamal LNG plant “as long as Europe’s governments consider that Russian gas is necessary.”

“Contrary to oil, it is apparent that Europe’s gas logistics capacities make it difficult to refrain from importing Russian gas in the next two to three years without impacting the continent’s energy supply,” the statement said.

The U.S. earlier this month banned imports of Russian oil in a move that targets the country’s vast energy sector, which accounts for more than half of Russia’s annual revenue. But many European countries are far more reliant on Russia for oil and gas, making it hard to quickly cut their imports without damaging their own economies.

Oleg Ustenko, an economic adviser to Ukraine’s president, recently penned an op-ed pleading with the world to cut off what he denounced as Russia’s “blood oil,” which supplies nearly $1 billion a day to Moscow and which he said is financing the war in Ukraine. “Buy nothing from Russia,” he wrote.