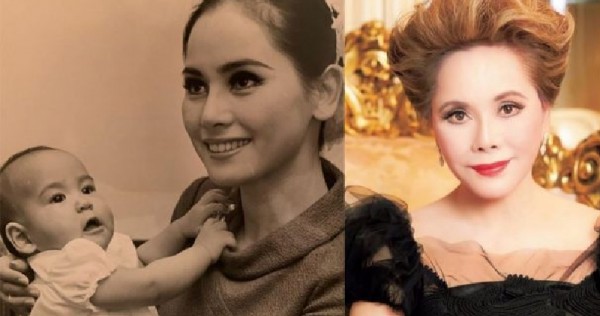 Dewi Sukarno, the widow of the late Indonesian President, was recently featured in a sequel of the popular Japanese drama, The Confidence Man JP: Princess, to the delight of many fans.

Dewi, 80, was able to wow fans with her youthful looks. Behind her ageless beauty, however, is a life full of ups and downs, just like the film she starred in.

Dewi, originally named Naoko Nemoto, was born in Japan in 1940. To achieve her dream of becoming a star, she quit high school to work at a club where she learned singing and dancing.

At the age of 19, she met the then 57-year-old Sukarno, the former president of Indonesia, in a Tokyo bar when he was on a visit to Japan.

The two fell in love at first sight. Despite Sukarno being married, Dewi returned to Indonesia with him that year as his lover.

It wasn’t until three years later that the two got married, and Dewi became his third wife and the first lady of Indonesia, often attending important social events. They also had a daughter, Kartika, together.

Unfortunately, the sweet days didn’t last long. In 1967, a coup d’état broke out in Indonesia and Sukarno was overthrown by his subordinates. He remained under home arrest until his death in 1970.

Dewi was forced to live in exile for a long time with Kartika in Switzerland, Paris and New York. After Sukarno’s death, Dewi became active in Japan’s show business with her unfailing charisma; she was known as “Mrs Dewi”.

Living in Tokyo, she now runs her own beauty and jewellery business, while occasionally appearing as a beauty pageant judge on Japanese television.

Dewi recently posted photos of herself and her daughter from their exile on Instagram, with the captions explaining that the photos were taken in 1967 when she was 27 years old carrying her 6-month-old daughter Kartika moving between Japan, The States and Paris.

Despite the chaos and struggles she faced while in exile, Dewi still looks gorgeous in the photos, holding her daughter and smiling happily, prompting social media users to comment, “she was so beautiful when she was young,” and “mothers become strong for their children”.